You are at:Home»Webcasts»A More Informed Way for ETF Investors to Access Small-Caps 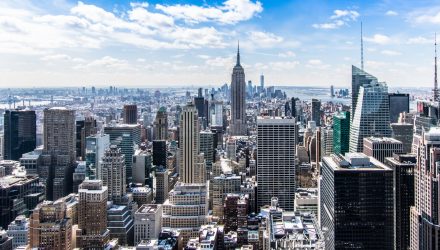 A More Informed Way for ETF Investors to Access Small-Caps

The macroeconomic and policy conditions support the case for investing in small-cap stocks. As investors look to smaller companies, consider the merits of a multi-factor or smart beta exchange traded fund approach to investing in this market segment.

While the small-cap segment has recently underperformed, investors may be in a position to capitalize on a turnaround as small-capitalization stocks have historically exhibited long-term outperformance relative to large-cap stocks.

On the recent webcast, Small Caps and the Merits of Multifactor, Emily Roland, Head of Capital Markets Research for John Hancock Investments, outlined the underperformance of small-caps relative to large-caps in recent years, with an average -0.3% rolling 3-year excess return in the 2010s. Small-caps have been positive 43% in the 2010s.

Nevertheless, over the past 15- and 20-year periods, the Russell 2000 has outperformed the large-cap oriented Russell 1000.

“A regime shift may be in the cards,” Roland said.

Roland pointed out that over the last year, global macro dynamics may suggest a new so-called regime is developing where U.S. small-cap stocks may see a performance profile similar to prior similar environments. Specifically, Roland noted regime shifts triggered by improving global growth, tax cuts, normalizing monetary policy and deregulation or pro-business policies, all of which could support the small-cap segment.