You are at:Home»Featured»Modern Portfolio Theory: How it Can Improve Your Portfolio 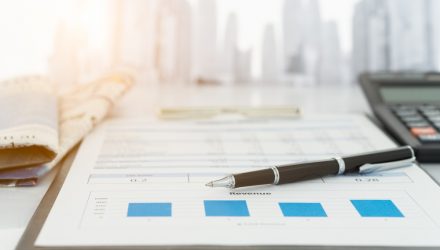 Modern Portfolio Theory: How it Can Improve Your Portfolio

Modern portfolio theory (MPT) is an investing strategy that looks to maximize returns. After all, we like making money, but we dislike losing money even more. Generally speaking, of course.

That was crystal clear when the market dropped 12.8% in one day in March of 2020. With fear and more importantly uncertainty about the coronavirus raging, many investors briefly panicked.

As we now know, the market snapped back almost as quickly as it declined. But at the time, the possibility of losing money drove millions of investors to get cold feet. Many probably gave up future returns due to that fear and uncertainty.

Mitigating risk is what MPT is all about.

What is Modern Portfolio Theory (MPT)?

An economist named Harry Markowitz created the theory. Markowitz knew the average investor is risk-averse and wanted to help ease their fears. And he was right: the theory is still relevant today. It has been tweaked over the years but still helps people make better investing decisions.

One thing called out in the intro is just how much we hate to see our portfolios decline. But it’s not just that: we seem to hate seeing it decline more than we enjoying seeing it increase by the same amount.

It’s like we panic when our portfolio declines a little bit, but seeing it increase the same amount is like a sigh of relief. We don’t necessarily jump for joy, even though that would be an equal and opposite reaction. Apparently, Newton’s third law doesn’t apply to investing logic.

This helps explain why many investors are willing to accept lower returns if it also means less risk. The average investor is willing to settle for lower long-term performance if it means less volatility. To be fair, that’s probably a good idea if that’s what it takes to keep you invested.

After all, accepting lower returns is still better than a scenario where you panic and pull everything out of the market. And, to add insult to injury, you may incur capital gains tax along the way.

Consider how risk-averse some of us are, Modern Portfolio Theory’s approach makes sense. It helps you maximize expected returns given your risk tolerance.

The other key point at the heart of MPT is diversification. By simply adding a tiny bit of variety to our portfolios, we can stave off the worst of the bearish bears, thus reducing risk. Pretty cool, right?

The idea is this: the performance of two different types of investments are not directly correlated. Therefore, one does well when the other does poorly, and vice versa. The resulting portfolio is, therefore, less volatile than each investment would be on its own.

One of the most common ways people diversify is by adding bonds. Another popular choice is real estate, either in the form of owning their your properties or by investing in assets such as real estate investment trusts (REITs).

The way MPT is actually implemented is by using something called the efficient frontier. Essentially, the efficient frontier is several points plotted on a graph with a line drawn through them. Each point represents an “efficient” portfolio, meaning it has the best returns for its risk level.

In simple terms, what we see on this graph is this:

Like any investing strategy, Modern Portfolio Theory has its share of benefits and drawbacks. We have already touched on the benefits, but here is a quick recap:

Sure enough, MPT has some drawbacks as well:

How to Diversify the Easy Way

This might all sound pretty complicated—and, to be honest, it kind of is for the average investor. Reading the Wikipedia page for Modern Portfolio theory might make your head explode. Proceed with caution. But for those of us not equipped to solve equations à la Will from Good Will Hunting, there is an easier way.

Whether or not real-world results align exactly with MPT, it is certainly a valuable tool for strengthening your portfolio. For example, if you invested all your money in a single company and it went belly-up, you would find yourself in financial turmoil. This is also why people add government bonds, as it’s unlikely the government will fail. And, as I like to say, if that happens, your investments probably won’t be your biggest concern!

Indeed, although it isn’t perfect, MPT can make your portfolio more efficient by allowing you to select a portfolio that matches your risk tolerance. Many robo-advisors, such as Betterment and Acorns, do just that.