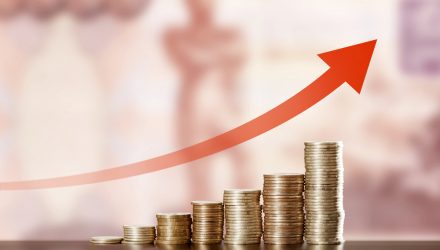 Why the Biggest Companies Thrive During Inflation

With the CPI releasing for January and revealing the biggest gain in inflation in 40 years, advisors and investors are being forced to take a hard look at their allocations to see if their portfolios are ready for a rising rate environment. While the cost of rising prices within supply chains forces companies to raise prices in inflationary times, the biggest companies often thrive in a way that benefits investors, according to the Wall Street Journal’s Dion Rabouin.

Inflation has far-reaching impacts that broadly affect all corners of the market and the economy from the bottom up. The CPI for January saw broad inflation and core inflation rising above analyst expectations, with real earnings for workers increasing only a tenth of a percent. Rising energy, oil, and food prices will have wide-reaching impacts on consumer spending in the long term, and tightening fiscal policy and aggressive interest rate increases could spell difficulty if the Fed overtightens. 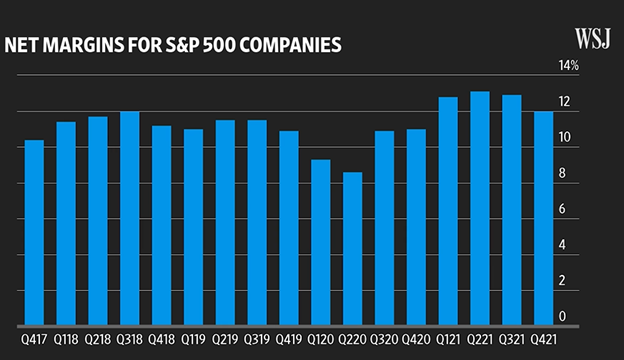 “Over the past year, companies’ net margins have risen to record highs, and net margins are expected to rise again over the next year: in fact, analysts are expecting companies to deliver record margins this year, as in the largest gap between companies’ costs and their profits in history,” Rabouin says.

With many analysts expecting inflation to begin easing this year and companies continuing to raise prices to consumers, it provides a window for companies to increase buybacks and raise pay for top executives. Theoretically, high prices should allow for more cost-effective companies to step in and disrupt, but because of a mass concentration within industries (75% of industries in the U.S. have become more concentrated over the last 20 years), there is much less competition.

The biggest corporations have benefited from the Fed stimulus over the course of the pandemic, borrowing money at some of the lowest rates seen and going into greater debt but leaning on the stimulus to compensate, loans that smaller businesses had a difficult if not impossible time securing.

“Nearly 100 of the biggest U.S. publicly traded companies booked 2021 profit margins that were at least 50% higher than their 2019 levels. That was a big part of the record retail numbers we saw last year, that and customers panic buying because they were expecting prices to keep going up,” explains Rabouin.

The WisdomTree U.S. LargeCap Dividend Fund (DLN) offers investors seeking dividend-paying companies the exposure to the core U.S. large-cap equity securities. It’s a fund that can be used to either replace or complement a large-cap value or dividend strategy. 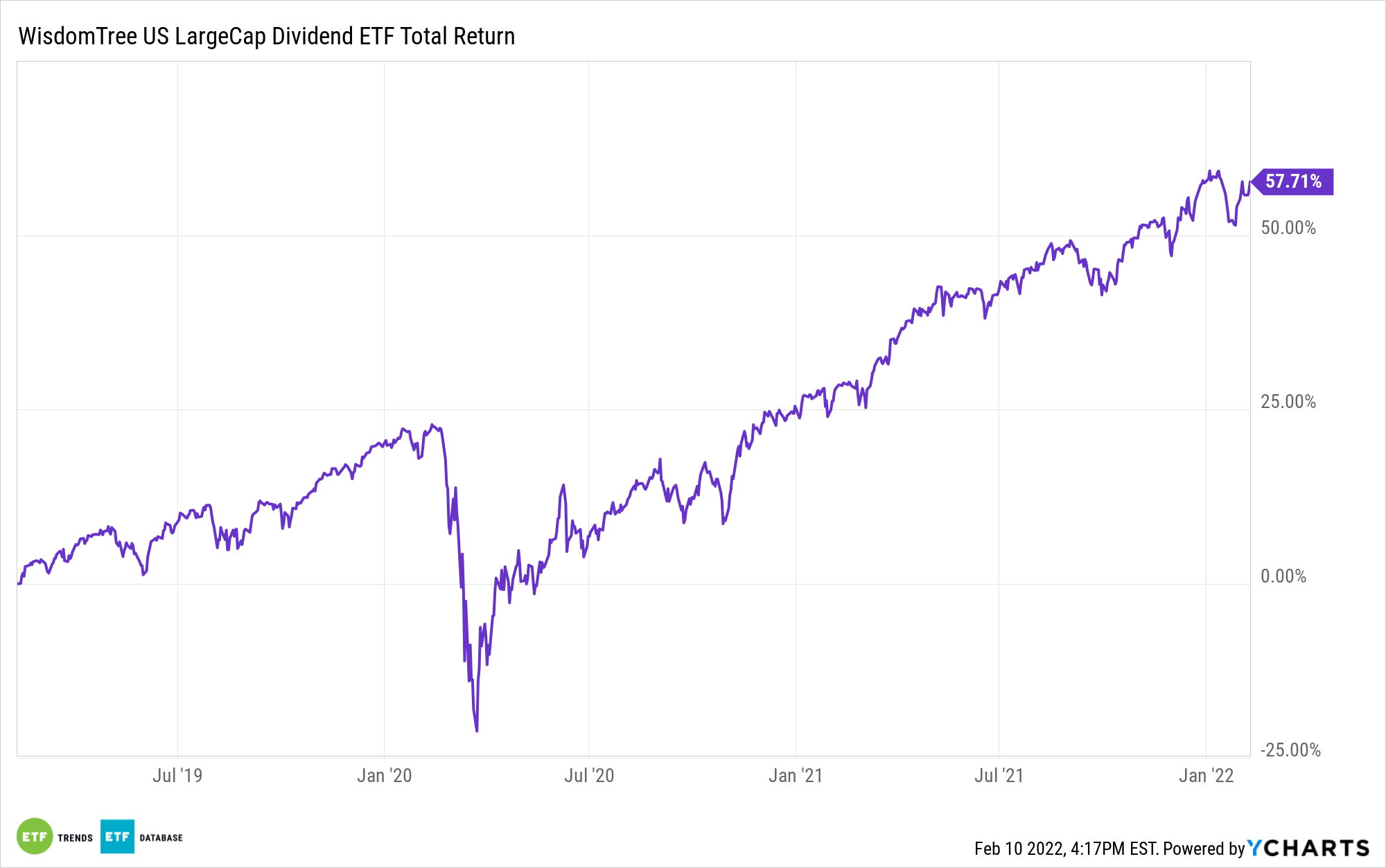 DLN seeks to track the WisdomTree U.S. LargeCap Dividend Index, with at least 95% of the total assets invested in securities within the index under normal circumstances. The index is fundamentally weighted comprised of 300 of the largest companies by market cap and is dividend weighted annually to reflect the proportion of the shares of the aggregate cash dividends each company is projected to make within the next year.

Sectors are capped within the index at 25% representation, except the real estate sector, which is capped at 5%.