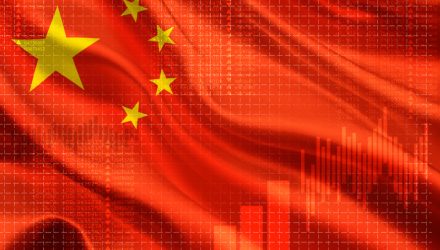 Tax-Loss Harvest Out of Broad China Exposures With XC

In a tumultuous year for both domestic and international stocks, China has faced a number of unique challenges, both from internal COVID regulations as well as external political tensions with the U.S. that have led to underperformance for China allocations compared to broader emerging market strategies. For advisors looking to tax-loss harvest out of China or looking to address their exposures in a separate, targeted approach, the WisdomTree Emerging Markets Ex-China Fund (XC) is worth consideration.

China stocks became a riskier exposure in the eyes of foreign investors beginning in the summer of 2021, when the government announced sweeping regulations across a number of industries that played out over the course of months and were seemingly at random. While those regulations were all addressing core problems in some of the rapid growth areas in China such as the technology sector — antimonopoly and user data protections were among some of the core issues addressed — the seeming randomness created a high-risk environment for investors.

Regulatory risk seemed to abate in 2022 but the economic impacts of China’s zero-COVID policies resulted in GDP falling short of the official 5.5% target, shrinking to just 0.4% in the second quarter before bouncing back to 3.9% in the third quarter. The continuous, rolling lockdowns of cities and manufacturing regions has come at great economic cost to China, and with uncertainty continuing over how President Xi will respond to public pressure regarding the COVID policies that resulted in unprecedented riots across many cities in China recently, it means that for many investors, the country remains one of high risk.

Add into the mix the ongoing impacts of the collapse of China’s real estate sector as well as President Biden’s push for domestic production of semiconductor chips and batteries that were largely sourced from China and East Asia, and it’s a recipe for continued drag on growth for China’s economy.

One area of risk specific to Chinese companies should conclude in December when the Public Company Accounting Oversight Board makes an official decision on if Chinese companies complied with the audit process to remain listed on U.S. exchanges.

For advisors looking to tax-loss harvest their underperforming China exposures, or looking to move out of broad China exposure in their EM sleeve and instead approach Chinese allocations with a more targeted, separate strategy, the WisdomTree Emerging Markets Ex-China Fund (XC) is a good option to move into.

“As the Chinese market capitalization ballooned over the last two decades, investors with broad emerging markets exposure now have approximately 1/3 of their exposure in a market that is experiencing an incredible amount of both headwinds and tailwinds, making it complicated to implement specific asset allocation views,” Jeremy Schwartz, CFA and global CIO at WisdomTree, said at the fund’s launch.

XC seeks to track the WisdomTree Emerging Markets ex-China Index, a modified float-adjusted market-cap-weighted index that excludes companies domiciled or incorporated in China as well as companies that have more than 20% government ownership, the criteria by which WisdomTree defines a state-owned-enterprise.

The index also screens for ESG and excludes companies that are in violation of the Global Standards Screening guidelines and the UN Global Compact Principles, as well as companies involved with the manufacture or distribution of core weapon systems, or which have considerable involvement in the tobacco industry or in thermal coal activity.