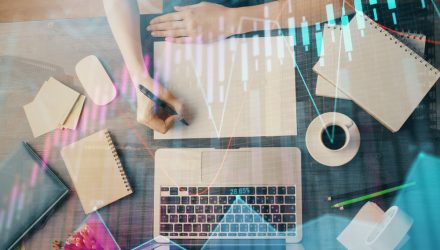 WTV: Where to Go for Value, Buybacks

There are plenty of exchange traded funds offering investors exposure to value stocks while a smaller number are dedicated to the theme of share buybacks.

The WisdomTree U.S. Value Fund (WTV) is an example of an ETF that marries both concepts. Formerly an ETF dedicated to shareholder yield, WTV retains some of those properties today by offering investors a line-up chock-full of dividend-payers, loyal buyers of their own shares, or, in some cases, both.

WTV’s shareholder yield lineage is relevant for other reasons, including the notion that buyback quality is an overlooked yet meaningful concept.

“Not all buybacks are created equal. In fact, our analysis of repurchases within the Russell 1000 Index indicates that most net repurchases were executed by companies categorized with the highest shareholder yield—in other words, by companies that are repurchasing shares at more attractive levels relative to their market capitalizations,” says WisdomTree analyst Kara Marciscano.

With that in mind, it’s accurate to say that WTV also presents investors with a credible avenue to the quality factor. That makes its inclusion of value all the more relevant because there are times when quality stocks are richly valued.

Indeed, shareholder rewards, whether they’re buybacks, dividends, or both, are among the hallmarks of quality. However, the key with either type of shareholder reward is ensuring that a company can sustain these efforts and isn’t causing undue duress to its balance sheet in the process.

Again, WTV isn’t a dedicated buyback ETF, but it does a more than admirable job of capitalizing on that theme, as it captures 70% of the buybacks employed by the 800 largest U.S. firms over the past year. That’s impressive, but what’s even more notable is that WTV components are actually reducing shares outstanding tallies, not buying back stock simply to send it back out the door through acquisitions.