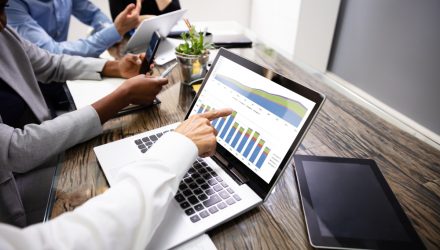 WisdomTree’s Office Hours is a weekly series for financial advisors that features the firm’s thought leadership addressing contemporary happenings in markets and the economy. This week’s Office Hours takes on the volatility in Chinese stocks and looks at emerging market potential in the near term on Tuesday, then will feature an hour-long discussion on the Fed’s FOMC meeting and implications for investments on Wednesday.

Office Hours is a unique, interactive chance for advisors to ask questions, get an hour of CE credit, and get a detailed analysis of happenings in markets, the economy, and the world. Unless the individual Office Hours denotes otherwise, the one-hour CE credit is applicable with CFA, CFP, CIMA, and CPWA: the caveat is the credit is only available to advisors that tune in virtually, not via dial-in on their phone.

This year marks the 15th anniversary of WisdomTree’s emerging markets strategy, expressed initially in 2007 through the WisdomTree Emerging Markets High Dividend Fund (DEM) and the WisdomTree Emerging Markets SmallCap Dividend Fund (DGS). Jeremy Schwartz, global CIO at WisdomTree, Matt Wagner, associate director, research at WisdomTree, and Jeff Weniger, head of equity strategy at WisdomTree, will all be on to take a look at how the firm’s emerging market strategy has evolved, the persistent bear market in Chinese stocks that spread to other EM countries, and if EM has the potential for a bull run in the foreseeable future.

Weniger offered VettaFi a preview of WisdomTree’s thinking prior to tomorrow’s meeting. If an advisor “is a decided dollar bull, this is probably not the time to be putting new money into EM at WisdomTree or anywhere else. But if you’re wishy-washy on where the dollar goes next, or you are a dollar bear, then DEM and DGS could be primed to capitalize on a re-kick for emerging markets value.”

This week also brings the much-anticipated Federal Open Market Committee (FOMC) meeting that concludes on Wednesday afternoon. Markets have priced in an 86% probability that the Fed will hike rates by another 0.75% at the November meeting, particularly given the continued robustness in the jobs market, though there are signs of slowing, and the 2.6% real GDP estimated growth for the third quarter.

“While the money and bond markets seem to be getting caught up with whether Powell and Co. will move to a 50bp or 75bp rate hike at the December FOMC meeting (“Powell Pivot”), I feel the focus should be on where the terminal rate is going to and how long will it stay there,” Kevin Flanagan, head of fixed income strategy at WisdomTree, told VettaFi.

What will be of arguably even greater value will be any forward guidance from the Fed on how it looks to approach December rate hikes. Estimates are currently split between a 0.50% increase (44.6%) and a 0.75% increase (49.5%) according to the CME FedWatch Tool as of Monday.

“In my opinion, the ‘real’ Powell Pivot will be when the Fed begins its messaging surrounding the timing of rate cuts. For the time being, labor market and inflation data will more than likely keep the Fed on a path for continued rate hikes into 2023. Against this backdrop, if the policymakers do begin to dial back the size of their rate hikes going forward, maybe we could call it ‘Pivot–Lite.’”

Kevin Flanagan will be joined by Jeremy Schwartz and Jeff Weniger to discuss the Fed meeting and market impacts during Wednesday’s Office Hours.

The WisdomTree Floating Rate Treasury Fund (USFR) is an ETF that has capitalized on the changing Fed regime in 2022, bringing in over $10 billion year-to-date and continuing to garner strong inflows in the latter half of the year.