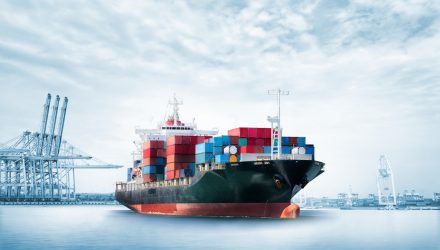 When it comes to batteries, automobiles have stolen the lion’s share of our attention. From there, people may think about smaller devices that also use batteries. But many of us would assume that there are obstacles to the wide-scale use of batteries to power large ships or planes.

Maritime Shipping: Lots of Pollution and Regulations Are on the Horizon

Maritime shipping is responsible for transporting roughly 11 billion tons annually, which accounts for 90% of global trade by mass. This is done through the consumption of about 3.5 million barrels of low-grade heavy fuel each year.1

This fuel contributes significantly to pollution. How much pollution?

The International Maritime Organization (IMO) has indicated action to reduce maritime emissions consistent with the Paris agreement. One component: a reduction of 50% of carbon dioxide emissions by 2050.4

What Do Ships Do Today?

Ships are already seeking to optimize their routes or travel across the water more slowly, which can use less fuel. There is even work being done on hybrid systems. However, whether it is traveling more slowly or using hybrid methods, meaning mixing an electric motor with an internal combustion motor, it is thought that the reduction in emissions would be in the range of 10% to 15%—better than nothing, but not close to 50%.5

It is fairly simple to know how much energy is needed to fly through the air, take off from the ground or push a ship through the water. Here we are considering the source of that energy. It’s important to note that any source could theoretically be used, but each choice requires certain trade-offs.

The simplest of these trade-offs comes down to “energy density,” meaning how much energy can be extracted per unit of weight. Hydrocarbon fuels have significantly higher energy density than current batteries, which is why people tend to cite the weight of the battery in an electric vehicle or the fact that adding batteries to planes adds significant weight that is difficult to compensate for. Depending on the type of fuel under discussion and the battery chemistry, statistics indicate that hydrocarbon fuels are in the range of 50–100 times as energy dense as current batteries.6

The bottom line: With hydrocarbon fuels, you can get the same energy for a LOT less weight.

Now, in a giant container ship, weight is much less of a concern than it is for a vehicle that needs to take to the skies. There could even be benefits from distributing the weight across the ship such that it sits more evenly in the water.

If one is looking at a current setup that causes a lot of pollution and where adding incremental weight may not be the biggest concern, maritime shipping could offer a lot of bang for the buck, so to speak.

It’s notable to see the founders of Fleetzero flipping the key question on its head. Instead of trying to use batteries on the largest current ships to replace the dirty, pollution-generating fuel for power, they recognized that the reason ships operate the way they do, with the capacity to go around the globe on a single tank, is because of the historical path of innovation that has led us to this point. Smaller ships that stop more frequently in different ports could much more easily use battery technology for power.7

Instead of changing ships that were optimized for fossil fuels, why not rethink how ships are built and operated around battery technology?

Fleetzero’s innovation would include batteries the size of shipping containers that could be swapped on and off the ship and charged at times of the day when the price of electricity is lower. The company is building these prototype batteries, and over time it plans to build entire ships. Customers are already indicating the demand for zero-carbon shipping—firms like Ikea, Patagonia and Amazon are already discussing this with a timeline of getting it done by 2040.8

Notably, this approach would allow for further innovations in battery technology to be reflected in the batteries being swapped in and out. As new energy storage systems gain primacy, Fleetzero’s systems could reflect it  and take advantage.

With the world’s focus on climate change, a catalyst is therefore created for a continual focus on different ways to effectively store energy for on-demand use. Energy supplies are nearly unlimited. Imagine if we could effectively corral and capture all of the sun’s energy hitting Earth on a given day. The challenge is in converting it into a form that can be stored and used as and where needed. So many technologies are being explored that we are certain the coming decades will be quite interesting in terms of unpredictable breakthroughs. A diversified set of companies focused on different parts of the energy storage value chain, such as those in the WisdomTree Battery Value Chain and Innovation Fund (WBAT), has the potential to harness some of those breakthroughs captured in the coming decades.

Originally published by WisdomTree on August 25, 2022.

There are risks associated with investing, including possible loss of principal. The Fund invests in equity securities of globally diversified exchange-listed companies involved in the investment themes of Battery and Energy Storage Solutions (“BESS”) and Innovation. The value chain of BESS companies is divided into four categories: Raw Materials, Manufacturing, Enablers and Emerging Technologies. Innovation companies are those that introduce a new, creative or different technologically enabled product or service in seeking to potentially change an industry landscape, as well as companies that service those innovative technologies. The Fund invests in the securities included in, or representative of, its Index, regardless of their investment merit. The Fund does not attempt to outperform its Index or take defensive positions in declining markets, and the Index may not perform as intended. Please read the Fund’s prospectus for specific details regarding the Fund’s risk profile.