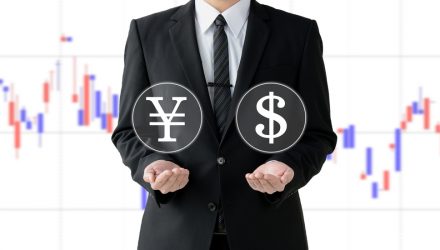 Why You Should Consider Investment in Japan with DXJ

The Japanese yen has weakened substantially in recent weeks, creating an opportunity for investors seeking to capture the performance and growth that the Japanese economy traditionally enjoys in a weakening yen environment. At a time when U.S. investors are facing a rising rate environment that is heavily impacting bonds, Japan is maintaining its practice of easing while its industries continue to grow.

“One of the things that’s changed I think notably, and this is so important, is that it’s been half of a year where the U.S. bond market has been turned upside down,” Jeff Weniger, head of equity strategy at WisdomTree, says on a call with ETF Trends. “If you do an earnings yield on the S&P 500, where maybe it’s 5.5, then the gap over what you can now have in our domestic treasuries is two and a half percentage points but in Japan, nothing’s happened to the 10-year Japanese government bonds.”

In an environment where Japan is still practicing quantitative easing while the U.S. begins tightening, the yen has weakened in recent weeks. It broke out from its established range between 103-115 to the U.S. dollar and is now at approximately 128. A weakening yen alongside industrial growth and strengthening in Japan is creating strong opportunities for investors, one that the currency hedged WisdomTree Japan Hedged Equity Fund (DXJ) seeks to capture.

On a multi-year chart, the margin of safety continues to widen between the S&P 500 earnings yield minus the 10-year Treasury note compared to the Topix 500 (Japan’s market cap weighted index) minus the 10-year Japanese government bond, as seen in a chart tweeted by Jeff Weniger. 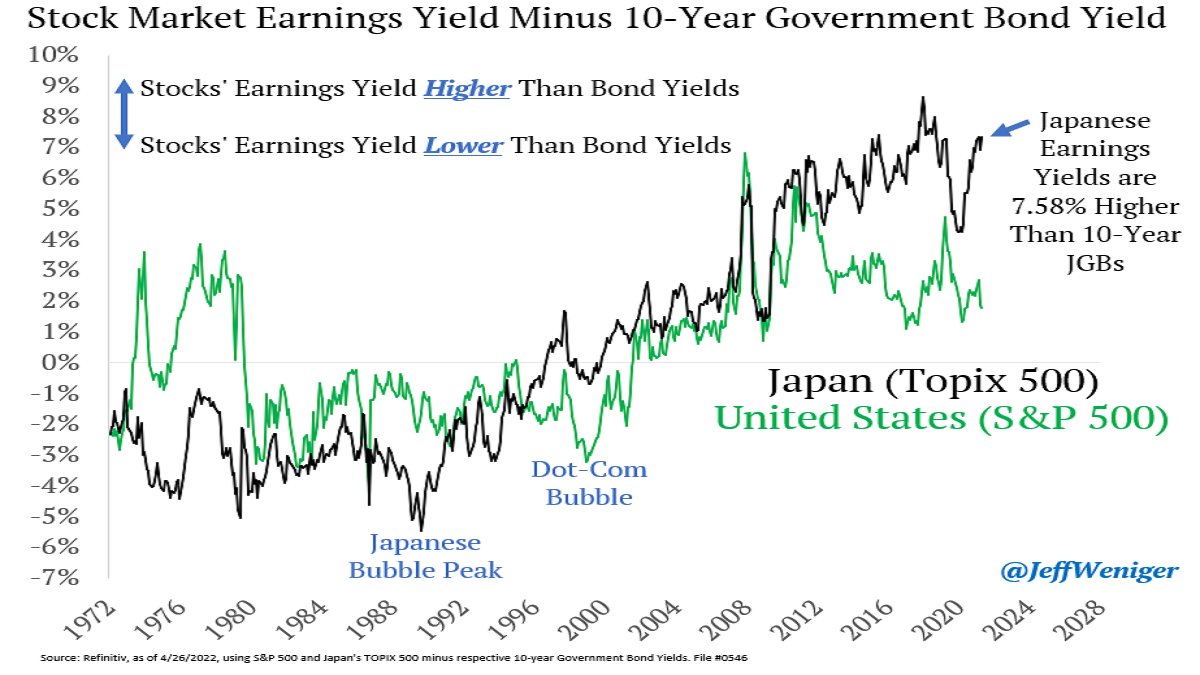 “Unlike in the US, the BoJ (Bank of Japan) isn’t letting bond yields rise, so earnings yields are 758bps over 10-year JGBs. Say it again: 758bps over the sovereign,” Weniger tweeted on Tuesday.

The WisdomTree Japan Hedged Equity Fund (DXJ) offers investment into the Japanese equity market while hedging for currency fluctuations. It’s a pure play on Japanese stocks, as it removes the impact that the yen’s value has while still offering exposure to Japan’s equities. It is a popular choice when the yen is weak relative to the U.S. dollar.