You are at:Home»Model Portfolio Channel»Why Salesforce Ventures Invested in Snowflake 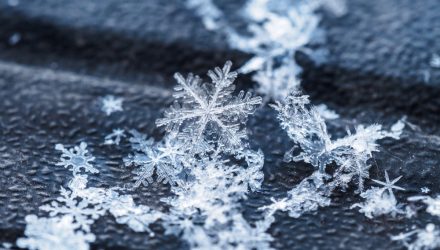 Why Salesforce Ventures Invested in Snowflake

One of the hottest initial public offerings (IPOs) this year—and the largest software IPO ever to come to the market—was Snowflake, which made its trading debut earlier this month. In last week’s “Behind the Markets” podcast, we hosted Matt Garratt, managing partner at Salesforce Ventures, the global investment arm of Salesforce, who led the investment in Snowflake.

Salesforce Ventures started with small investments about 10 years ago. Today it has expanded to a global team of 25 people, with investment professionals in Japan, Australia and London who have made more than 400 investments on $2.5 billion of capital.

Platform Motivations: Salesforce started investing a decade ago to support its ecosystem of users and application developers and to enhance its platform. Its application marketplace serves a similar role as the Apple Store for enterprise applications.

Garratt’s venture capital team starts with a strategic rationale for how it can make companies more successful, but it is looking to find the most innovative companies in the enterprise software space to try to create a unified and excellent customer experience.

Pandemic Acceleration: The first and second quarters of 2020 were the most active for Garratt’s team. Digital transformation is a long-term cycle, and Salesforce Ventures is trying not to get too distracted by valuations in the near term. These companies are becoming much bigger than they ever have before, so investors need to focus on the long-term potential and not the short-term fears about multiples.

Long-Term Cloud Adoption: In Garratt’s view, only 10% to 20% of the software market has adopted cloud solutions in some form. He anticipates that we’ll eventually hit 100%, so there is a long runway ahead for the cloud to transition from fragmented, on-premises solutions.

Salesforce Ventures’ first fund was a platform fund that leveraged the Salesforce ecosystem. But it now has funds focused on Europe and Japan, two regions that are not known for their technology and venture capital ecosystems.

It used to be that European companies would raise a Series A or B financing round and then have to move to Silicon Valley, which caused them to lose some of their European identity. Nowadays, trends have them staying more local to Europe, especially with the move to distributed workforces.

Garratt has been going to Japan for the last six or seven years, and he sees a mentality shifting. Early on, there was some hesitation to go to startups. But now Salesforce Ventures’ portfolio has companies being started by people in their late 20s and early 30s, and Japan has a few billion software-as-a-service (SaaS) companies. The offices in Japan now look like offices in Silicon Valley.

The other trend he sees is more women starting companies, which was unheard of three years ago.

Impact Investing: The shift to cloud software has brought down the cost of spreading technology. Garratt sees that enabling the second wave of impact and environmental, social and governance (ESG) investments, such that Salesforce Ventures has devoted a fund to this space.

Snowflake Thesis: Digital transformation 1.0 took siloed workflows and brought them to the cloud. Digital transformation 2.0 is moving from a siloed space to a 360-degree view of client relationships. This type of progression unlocks new machine learning and artificial intelligence (AI) applications to provide better analytics across a business. Snowflake is a data warehouse that lets customers aggregate and analyze disparate data.

Salesforce previously acquired Tableau, and the combination of Snowflake and Tableau enhances its analytics platform. Snowflake’s infrastructure provides powerful querying capabilities by completing in seconds queries that would otherwise take minutes or hours to run.

Many investors are concerned about the valuations of cloud companies such as Snowflake. Garrett instead focuses on the long term. The cloud data warehouse market is massive, and companies will use Snowflake as their data lake, a facility for literally all their data. Snowflake’s client retention numbers were recently around 160%, meaning Snowflake is upselling current customers even more services.

This was a great conversation on everything tech, cloud and themes Salesforce Ventures is investing in. Please listen to the full conversation here.