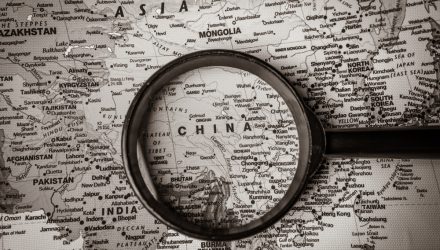 Why China Reopening ETF CXSE Can Perform in 2023

It may be early in the year, but it’s possible we already may be seeing a key theme in China loosening its zero-COVID policies. As one of the world’s economic pillars, the country will be aiming to reignite its stagnating economic growth, with investors poised to benefit when equipped with the right knowledge. Here are some notable observations to consider from WisdomTree that may merit attention to a China-reopening ETF like the WisdomTree China ex-State-Owned Enterprises Fund (CXSE).

Investors may have been concerned last year by the fall’s Communist Party Congress that saw President Xi Jinping solidify power, but despite those negative headlines, MSCI China still outperformed the S&P 500. Those returns fly in the face of exaggerated headlines that suggested that China had become “uninvestable” overnight – and underscore how a China exposure can help investors looking to get out of an overvalued U.S. equities market.

What’s more, western media vastly overestimates the amount of public sentiment there is against either the party or the government. Some investors outside China may worry about instability, but the signs aren’t there for the kind of instability driven by politics that would impact investing opportunities.

Analysis from WisdomTree expects that private business will continue to play an important role in China’s economy because of the need to compete with American private firms, as well, which may be an opportunity for CXSE, specifically, given its approach.

The China reopening ETF tracks the WisdomTree China ex-State-Owned Enterprises Index, a market-weighted index of Chinese firms that are not owned by the state. The ETF operates based on the idea that private firms operate more efficiently than those operated by the state, focusing on tech and consumer firms that could bounce back better than certain industries.

CXSE charges 32 basis points for its exposures and has outperformed both its ETF Database Category Average and its Factset Segment Average over the last three months, returning 36.4% in that time and adding $103 million in net inflows over the last year.

Investors may well be looking to Chinese equities given the U.S.-based uncertainty surrounding the Fed and a possible recession. For those investors looking to the East Asian nation for opportunities. A China reopening ETF like CXSE is one to watch in the weeks and months ahead.