You are at:Home»Modern Alpha Channel»What Does the U.S. Manufacturing Recovery Mean for Commodities? 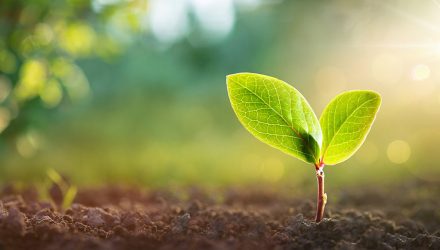 What Does the U.S. Manufacturing Recovery Mean for Commodities?

Given the unfortunate second wave of the COVID-19 pandemic, it’s easy to focus solely on what the negative impact could mean for the U.S. economy. However, somewhat lost in the shuffle of data headlines is one sector of the U.S. economy that has been able to actually outperform expectations: manufacturing.

The monthly release of the ISM Manufacturing PMI report is a closely watched factory gauge. For this index, a reading above 50 is viewed as an indication that the economy is in expansion territory, while a level below this threshold indicates contraction. After plummeting to its lowest level since the financial crisis/great recession in April, the PMI reading has visibly been on an ascending trajectory, and in December hit its highest level since early 2018.

So, what’s behind the resurgence, you ask? With consumers unable to spend on leisure items, such as dining out, vacations, etc., household spending has apparently shifted gears towards expenditures that are more stay-at-home-centric, like appliances, household renovations/improvements and automobile sales. With many of the nation’s factories shut down during the first wave of the pandemic, a trickle-down effect occurred whereby production of industrial commodities fell, inventories declined and vendors/suppliers became overly cautious of the outlook.

A January 24, 2021, Wall Street Journal article, “Manufacturing Rebound Has Suppliers Struggling to Keep Up,” highlighted these developments. Perhaps even more notable, what this renewed factory activity has meant for commodities prices is that the prices for aluminum, copper, steel scrap and lumber have all gone up. In fact, in the January 2021 ISM report, the price component rose to its highest level since April 2011, with all 18 industries in the survey reporting paying higher raw material prices.

It doesn’t end there though. The article mentions how “some manufacturers have stockpiled materials to guard against a lack of availability in the future.” Although Federal Reserve (Fed) Chair Powell stated at the January FOMC meeting that any upcoming increase in inflation should be viewed as “transient”, if the law of supply and demand is any guide, could we be witnessing the long-awaited first stages of inflation after all? Perhaps more importantly, how can investors position their portfolios for this possibility?

WisdomTree recently re-positioned the WisdomTree Enhanced Commodity Strategy Fund (GCC) into a ’40 Act investment fund with no K-1 that provides broad exposure to a diversified basket of commodities.

We emphasize the diversified nature of this commodity basket compared to the traditional well-established commodity indexes like the S&P GSCI Index (SPGSCI), which could have as much as 70%–80% of risk driven by exposure to the energy sector. We didn’t want an energy-driven commodity fund, and attempted to maximize diversification within various commodity weightings.

Our strategic industrial metals over-weights are well-positioned for the manufacturing and factory growth described above. But in addition to the cyclical impulse from strong growth, our team views the growth in battery technologies as being a long-term driving force for metals like copper and nickel. Supply is constrained and demand is accelerating.

Our team views inflation as one of the major themes of 2021– and we believe GCC’s broad-based exposure to commodities provides a good solution to hedge that inflation risk.

There are risks associated with investing including possible loss of principal. An investment in this Fund is speculative, involves a substantial degree of risk, and should not constitute an investor’s entire portfolio. One of the risks associated with the Fund is the complexity of the different factors which contribute to the Fund’s performance. These factors include use of commodity futures contracts. Derivatives can be volatile and may be less liquid than other securities and more sensitive to the effects of varied economic conditions. The value of the shares of the Fund relate directly to the value of the futures contracts and other assets held by the Fund and any fluctuation in the value of these assets could adversely affect an investment in the Fund’s shares. Please read the Fund’s prospectus for specific details regarding the Fund’s risk profile.

Commodities and futures are generally volatile and are not suitable for all investors. Investments in commodities may be affected by overall market movements, changes in interest rates and other factors such as weather, disease, embargoes and international economic and political developments.

The Fund will not be invested in physical commodities. Futures may be affected by Backwardation: a market condition in which a futures price is lower in the distant delivery months than in the near delivery months. As a result, the fund may benefit because it would be selling more expensive contracts and buying less expensive ones on an ongoing basis; and Contango: A condition in which distant delivery prices for futures exceeds spot prices, often due to costs of storing and inuring the underlying commodity. Opposite of backwardation. As a result, the Fund’s total return may be lower than might otherwise be the case because it would be selling less expensive contracts and buying more expensive one.

Prior to 12/21/2020 the ticker symbol GCC was used for an Exchange Traded Commodity Pool trading under a different name and strategy.