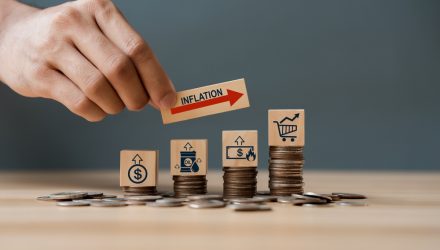 Siegel: Inflation is “Not Worth the Price of Crashing the Economy”

Wharton finance professor Jeremy Siegel has been accurately predicting the path of inflation over the last several years and recently took to CNBC to voice his frustrations over what he regards as monetary policy mismanagement by the Federal Reserve since the onset of the pandemic. Siegel later appeared on a webinar hosted by WisdomTree’s Jeremy Schwartz, global CIO, and Kevin Flanagan, head of fixed income at WisdomTree, to discuss his views on where inflation goes from here and where the Fed has gone wrong.

The webinar happened on Wednesday, September 28 when the Bank of England announced a temporary bond-buyback program which led to a relief rally by markets. It’s a trend that has been all too common this year as market volatility continues and rallies remain largely short-lived.

“I think the market is so desperate for signs that our Fed may stop aggressive tightening in the future that even when a foreign central bank, such as the Bank of England, decides to come in and buy bonds, there’s a sigh of relief: well, maybe at least one central bank is not going to send interest rates through the moon,” said Siegel.

The mismanagement of monetary policy began shortly after the onset of the pandemic and what Siegel saw as an inevitability that the increase in the money supply would lead directly to “dramatic inflation” unless the Fed raised interest rates alongside the stimulus, which of course wasn’t the case. The dovish approach by Fed Chair Jerome Powell during those months and the belief that inflation was merely transitory, caused a very strong swing the opposite way for policy once inflation proved to be both persistent and significant.

The Mistaken Markers of Inflation

The pendulum swing in the other direction to aggressive tightening has Siegel concerned on several levels.

“We are being very tight, not just that the Fed has been tightening, but that the talk has been so tight that I’ve rarely seen the financial markets move as fast as they are now,” Siegel explained. “Not just in terms of just the stock market but real interest rates… have soared faster than I have ever seen them before.”

The combination of real rates changes, the strongest dollar in two decades, and the money supply decreasing since March all are symptoms, Siegel explained, of an “extraordinarily tight Fed, and a Fed that I think if they stay in this mode, that’s to say through 2023, will guarantee a severe recession by the end of next year and in 2024.”

The economic signals that inflation is cooling are apparent, according to Siegel, most recently in the decline of the Case Shiller Price Index for the first time in decades, an index that measures the value of homes in the U.S. Prices remains very elevated from pre-pandemic levels, but that they are now on the decline is a significant indicator.

Siegel sees great inaccuracy in relying on the Consumer Price Index as an inflation gauge because it is backward-looking in nature. As such, the declines happening in housing right now while rent prices begin to level off simultaneously won’t be reflected in the CPI for months. Housing currently accounts for about 40% of core CPI, one of the two main data points the Fed uses to make monetary policy decisions.

“You’re looking at an index that been constructed with such legs that it’s going to catch up and show inflation for many months to come,” explained Siegel.

Inflation gains are significantly smaller now than they were even three months ago, explained Siegel. Any inflation rise that is still going to occur as monetary tightening takes effect is “not worth the price of crashing the economy, to stop a little bit of that inflation that’s in the pipeline: you’re going to crush wages, cause unemployment.”

The combination of interest rate increases and the quantitative tightening the Fed is engaged in as it sloughs off $95 billion in bonds monthly is causing a sharp reduction in liquidity. It’s caused the money supply to decline, something that didn’t happen even when former Fed Chair Volcker pushed fed funds rates to 22% in the 1980s. For reference, a 2% inflation target is generally equivalent to about 5% growth in money supply and Fed policy currently has the money supply growth in the negative.

“In my opinion, we don’t need a Fed funds rate of four and a half to five percent, which is almost what the Fed Funds Futures are predicting: my feeling is that we need a Fed funds rate that is more in the neighborhood of the four percent level and that the Fed should recognize this fact,” said Siegel. “If they don’t, they risk a recession going forward.”