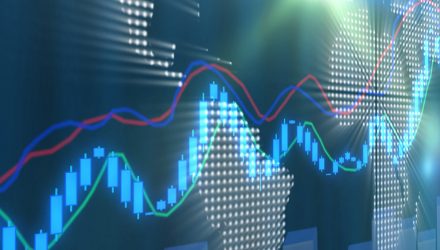 Without a doubt, inflation has become perhaps one of the most talked-about topics in the media. A few months ago, elevated price pressures seemed to be more of a market-related subject, but arguably, one could now say that inflation has gone mainstream.

It seems as if with each passing day there are more articles, social media posts and television coverage given to the topic at hand. In addition, inflation has now become a sort of political football, with the recent higher-than-expected print for the October Consumer Price Index (CPI) serving as fodder for the debate about whether the U.S. economy can handle another trillion-dollar-plus spending package.

Don’t worry, there’s no going down the “political rabbit hole” in this blog post. But it is way past time to define just what the term “transitory” means. Remember, the “transitory” view has been what the Federal Reserve (Fed) has been clinging to ever since the first outsized CPI print was recorded back in May. According to Merriam-Webster, “transitory” is defined as being “of brief duration: temporary: tending to pass away: not persistent.” Pick whichever definition you want, and you get the picture.

I guess from the Fed’s point of view, these definitions offer some cover. For example, in each case, one could essentially measure the time frame in days, weeks, months or—dare I say it—a year or two. However, the money and bond markets appear to be tiring of this “word game” if recent price action is any indication. What they are witnessing is a continuing upward trajectory, and patience with Fed policy could soon be wearing thin.

Let’s take a look at the aforementioned October CPI report. Once again, the Bureau of Labor Statistics (BLS) is using language such as “the largest 12-month increase since” to describe its latest findings for both headline and core inflation. Here are the numbers: overall CPI surged at an annual rate of +6.2%, while ex-food and energy rose +4.6%, the highest readings since November 1990 and August 1991, respectively.

We are now seven months into this “transitory” bout of inflation, and not only is the trend moving higher (as per the October CPI report), but the breadth of price pressures is expanding. The data clearly indicates that higher food and energy prices are now being joined by elevated costs for services and other goods, not to mention an upward trajectory for wages.

It is becoming increasingly apparent the Fed could be in for a rather “sticky” situation. Sure, it announced the beginning of tapering at this month’s November FOMC meeting, but according to its current schedule, the policymakers would still be adding $420 billion to its balance sheet over the next seven months. If inflation stays at 6%, or even moves back to 5%, you have to ask the question: why is the Fed providing just shy of a half-trillion dollars in additional stimulus through mid-2022?

Maybe that’s why the money and bond markets are, perhaps, beginning to lose patience. Last week, the Fed Funds Futures’ implied probability pushed up the timing for the first rate hike closer to June while once again moving in the direction of three rate hikes next year, not two.

You want proof of inflation going mainstream? I just ordered my turkey for Thanksgiving and the butcher told me to expect the price to be up versus last year. Unfortunately, don’t be surprised if inflation is one of the topics being discussed at the dinner table in two weeks.

Originally published by WisdomTree on November 17, 2021.