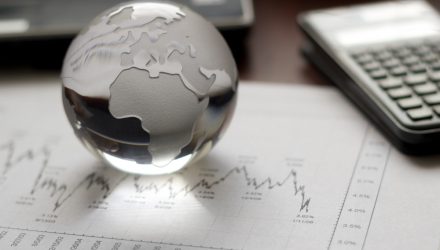 Time to Be Selective With Emerging Markets Debt

Investors are hearing plenty about inflation soaring in the U.S. and how that could affect monetary policy. A similar scenario is playing out in developing economies, and central banks are answering that call by deploying higher interest rates.

ELD holds bonds denominated in local currencies, which could be supported by rising rates in those economies. While the fund is encountering its share of headwinds this year, some market observers argue that with emerging markets central banks having gotten a head start on tightening, the rate outlook in those countries could start to normalize.

“The rate increases have accelerated as inflation has picked up and the U.S. dollar strengthened. A wide variety of countries is now tightening policy, ranging from Brazil to Russia and South Korea,” according to BlackRock research. “The result? The emerging world has a head start in normalizing policy. A weighted average of EM policy rates now stands at 3.2%, versus near zero or negative rates in the U.S. and euro area.”

History indicates that emerging markets central banks are often late in responding to inflationary pressures and plunging currencies, but this time could be different, and if it is, swift rate action could be supportive of ELD.

“What does the EM head start in raising rates mean for investments? We believe it supports EM debt. The hiking cycle has started well ahead of the Fed’s tightening – which has often spelled trouble for EMs as investors start to demand more compensation for holding riskier assets,” adds BlackRock.

With a 30-day SEC yield of 5.81%, ELD is indeed providing compensation for taking on added risk. However, credit risk in the WisdomTree fund isn’t significant, as it allocates 35% of its weight to bonds rated AAA, AA, or A, according to issuer data.

Additionally, ELD might have some avenues for buffering against sudden yield increases.

“Improved valuations and coupon income should help cushion any yield rises and prevent disorderly moves in EM bonds when the Fed lifts off, we believe. Indeed, we don’t see a repeat of 2013’s taper tantrum when the Fed’s decision to cut back asset purchases caused havoc for EM assets,” concludes BlackRock.