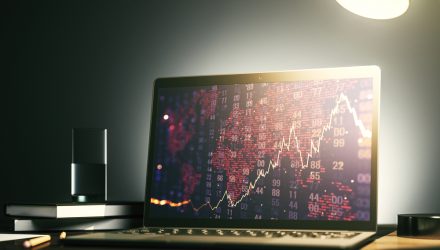 Time Is Right for Quality Dividends

A trend emerging in early 2022 is growth stocks weighing on the broader market while some value issues are holding up well on a relative basis.

Upon closer inspection, dividend stocks and exchange traded funds are performing significantly less poorly than broader benchmarks, indicating that a growth-to-quality rotation could be underway. At this point in the economic cycle, such a rotation makes sense because investors are prioritizing stakes in profitable companies, which is a trend that could benefit an ETF like the WisdomTree US Quality Dividend Growth Fund (DGRW).

By emphasizing factors such as return on assets (ROA) and return on equity (ROE), DGRW presents investors with a lineup chock-full of profitable companies. Many of the ETF’s member firms also have dependable earnings — a trait that cannot be underestimated in the current environment. Earnings misses from some popular growth companies prove as much.

But second is earnings trajectories. “Netflix sank on questions about its future earnings and whether subscriber growth will be the same in the face of higher competition,” said WisdomTree Global Chief Investment officer Jeremy Schwartz. “Peloton sank because the market for its bikes became saturated and they had to halt production. Cloud stocks like Zoom did well as companies and people flocked to Zoom calls, but will competition heat up and will they be able to continue with broader penetration and revenue growth?”

Being home to profitable companies isn’t the only point in favor of DGRW over the near term. As Schwartz notes, neither the low volatility nor quality factors are outperforming the broader market this year. However, DGRW is. The “why” is equally as important to investors, and as Schwartz said, it’s not solely a near-term phenomenon.

“Over the last three months, our Quality Dividend Growth Fund (DGRW)—has returned 0.31% at NAV while the large blend category of 1,435 stocks was down 5.26% and the benchmark for the category was down 6.44%,” Schwartz noted. “After the start of 2021, when higher beta assets ripped higher, the quality stocks had lower betas. But over the long-run, we can see that DGRW has benefited from its over-weight to quality names as it ranks in the 30th percentile over the past 5-years.”

DGRW allocates almost 24% of its weight to technology stocks, but DGRW tech stocks are already profitable and growing dividends and buybacks, which are signs that they are less dependent on future cash flows than non-profitable, high-growth tech fare.

That’s another positive attribute. Another is forecasts calling for domestic dividends to hit another record this year, confirming DGRW’s utility as an inflation-fighting tool.