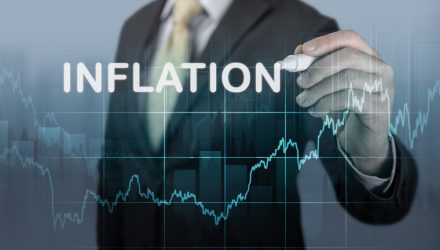 Jeremy Siegel: Data Shows Inflation Is Mostly Behind Us

In a new weekly commentary regarding the ongoing conversation about the Fed and inflation, Wharton finance professor Jeremy Siegel declared that based on last week’s economic data and recent Fed talk, inflation may largely be in the rearview mirror.

Siegel, the WisdomTree Senior Investment Strategy Advisor, had previously opined that defeating inflation would not be worth the damage to the economy in a September webinar. Since then, the Fed has delivered the markets a few sighs of relief, which, when added to the recent soft CPI report, have given markets a boost.

Siegel’s latest points to deeper evidence that inflation isn’t as hot under the hood as it seems from the outside. With the ISM Manufacturing Index dropping and the Chicago PMI becoming quite weak, wages and employment remain the challenges. Further, while the jobs data drop pointed to a beat, the number of hours worked dropped, suggesting things aren’t as hot as they seem.

Eyeing a drop in employment next year, the professor expects cuts to less productive talent to boost overall productivity, adding output with less costs. Topping it off, and contesting the more consensus view that steady rate hikes will keep rates higher, for longer, the note concludes that rate hikes could end far sooner than expected because of how dependent the Fed is on data.

“To me, there is a good chance a February hike of 25 basis points is the last hike in this cycle,” Siegel declared. “The 50 basis points that I see in December should be the last hike, and the question will be are there going to be enough data released between now and February that convince the Fed to pause and see the cumulative impact of their tightening.”

For investors on the lookout for the right strategies in such a complicated moment, certain areas may appeal. Dividends abroad can buoy U.S. equities that may not be out of the woods yet, with the WisdomTree Global ex-U.S. Quality Dividend Growth Fund (DNL) an indexed option offering a 2.15% annual dividend yield. Regardless, investors wary of inflation may want to follow Siegel’s continued analysis of both the Fed and the underlying economic data upon which the central bank relies.