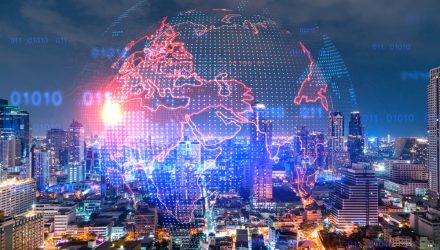 In a bygone era of investing, it was often said that emerging markets equity benchmarks were too heavy on value sectors, often the result of being allocated to companies in which governments were the largest shareholders.

Over the years, benchmarks such as the MSCI Emerging Markets Index have taken on a bit more of a growth feel, explaining why they’re lagging this year amid a cyclical value rally. Still, it pays to remember that factor leadership is fluid, and the more compelling emerging markets opportunities lie with consumer and tech-driven issuers.

Advisors and investors can answer that call with the WisdomTree Emerging Markets ex-State-Owned Enterprises ETF (XSOE).

The WisdomTree Emerging Markets ex-State-Owned Enterprises Index (EMXSOE), XSOE’s underlying index, is correlated to the MSCI Emerging Markets Index, but the WisdomTree delivers exposure to developing economies without the burden of state-level interference – something that’s historically worked against investors.

In theory, it may sound appealing to invest alongside a large government, but in reality, a government’s objectives may not align with those of other investors. That divergence highlights the utility of XSOE.

“State-owned enterprises (SOEs) may be influenced by a broader set of national interests other than focusing solely on maximizing shareholder value,” writes WisdomTree’s Alejandro Saltiel. “These conflicts of interest can cause stagnation in the long-term growth potential of these companies, which can result in operational inefficiencies and weaker levels of profitability. State-owned banks in China are a prime example of these other interests—they are often asked to extend loans to troubled companies in the name of ‘national service.’”

Not only does the strategy help investors steer clear of old economy sectors, but it also helps them focus more directly on developing economies’ efforts to drive more internal consumption and move closer to the U.S. model of a consumer-driven economy.

“New economy sectors may be better positioned to take advantage of a growing middle class and increased domestic consumption—trends we believe will persist into the future. Meanwhile, old economy sectors rely more on international growth and could be more prone to suffer from global trade and unfavorable currency moves,” according to Saltiel.