You are at:Home»Modern Alpha Channel»QSY: A High-Quality Approach to Shareholder Yield 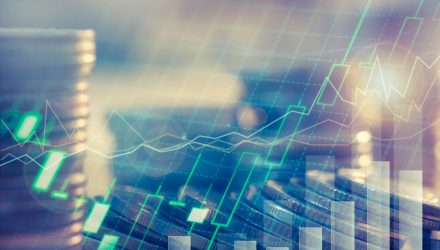 Some exchange traded funds are dedicated to dividends. Others focus on companies with strong share buyback programs. Combining the two concepts forms the basis of shareholder yield, which is accessible via the WisdomTree U.S. Quality Shareholder Yield Fund (NYSEArca: QSY).

Not only does QSY provide investors with ample buyback and dividend exposure, the fund is an actively managed quantitative offering, meaning it features a curated approach to shareholder yield – something that’s often lacking in competing index-based strategies.

QSY is a relevant consideration not just because yields are low, but also because dividends and share repurchase plans are soaring. In fact, data indicate QSY is beating the broader market when it comes to some shareholder return efforts.

“In the first quarter of 2021, QSY’s buybacks increased 161% from the second quarter of 2020 vs. 101% reported by S&P. Quarter-over-quarter buybacks increased 41% for QSY vs. 37% for the S&P 500,” writes WisdomTree analyst Kara Marciscano. “According to S&P, roughly two-thirds (335 companies) of S&P 500 companies bought back at least $5 million in shares in the first quarter. Meanwhile, 94 of the 125 companies in QSY, or three-fourths of the Fund, executed buybacks of at least $5 million during the same period. Additionally, 27, or 22% of the companies held in QSY.”

An interesting element of QSY’s history is that it was once a value fund before being converted a shareholder yield strategy. Fortunately, it retains some of its value roots. Even better, it’s quality overlay is helping it outperform traditional value benchmarks this year.

QSY’s quality lean is exceedingly relevant today for multiple reasons. First, elevated shareholder rewards – be they buybacks or dividends – are hallmarks of quality companies. Second, the quality factor is trading at discounts relative to other factors, including value. Third, quality is coming back into style as investors look for new leaders after junkier names led cyclical equities higher earlier in 2021.

It could be a perfect storm for more out-performance from QSY.