On the QT
You are at:Home»Modern Alpha Channel»On the QT 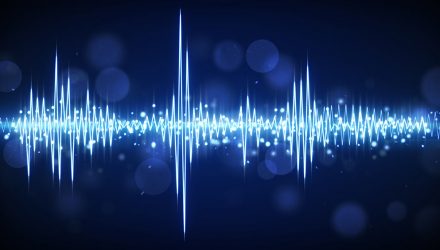 On the latest episode of the Basis Points podcast, I had as my guest Roberto Perli, head of global policy at Piper Sandler and former senior staff member at the Fed. With just three weeks and counting before the May FOMC meeting, I thought it would be rather useful to have Roberto provide us with his unique insights on what may be on the policy maker’s mind.

It seems every week, market commentators are quoting where the implied probability for Fed Funds Futures is residing. I’ve discussed this topic over the last few weeks, but Roberto has done some interesting work on this front that I thought would be useful to share, specifically what he refers to as the “hairy caterpillar.” The conclusion he made was that the market’s ability to predict where the Fed will set the Federal Funds Rate in the future has been pretty poor for the past almost 30 years, or ever since we’ve had data on futures.

Will the Fed Meet Expectations?

It’s one thing to say the market expects at least 200 basis points (bps) more in rate hikes this year, but will the Fed actually meet those expectations, or, at some point, could there be “pushback” from the markets? Roberto noted the Fed’s view is likely one where, if the market really expects this result, we may as well do it; if it’s already priced in, it doesn’t cause as much of a potential problem. That being said, concerns could arise when the Fed reaches or exceeds “neutral.” Because of that reason, he feels the Fed may be very cautious in raising rates as much as the market thinks it will unless it really has to because inflation continues to remain very high. At that point, the Fed could say whatever it takes.

We turned our conversation over to the Fed’s plan for balance sheet drawdown, or quantitative tightening (QT). Recent comments from Vice Chair nominee Lael Brainard were rather interesting. With respect to the balance sheet runoff, Brainard used the phrase “at a rapid pace,” but when referring to rate hikes, terms such as “steadily” or “methodically” were used. I posed the question: Could the Fed be more methodical in raising rates than the market expects and use its balance sheet as a complement?

Roberto mentioned that’s exactly the way the Fed would think about it. There are two ways of tightening policy: one is rate hikes, the other the balance sheet, and you could substitute one for the other. Thus, if you do more of the balance sheet, perhaps you need to do fewer rate hikes. Once again, the inflation data will be of paramount importance on this front.

Looking in the Rearview Mirror

I remember during the Alan Greenspan era, he referred to looking at CPI as akin to looking in the rearview mirror. So, I thought a natural question for Roberto would be: Do you think there’s any concern that the Fed may end up fighting yesterday’s battle?

Roberto noted there is always that risk, and while you have to do policy in real time (and ideally looking ahead), the only thing you have to inform your opinion for the future is the past, which makes it very difficult. Right now, inflation is very high, and the Fed has to sound aggressive. However, at the first sign that inflation is really moderating, Roberto believes the Fed may feel it is better off slowing down the tightening. It will need to see some concrete signs of moderation on the inflation front in order for it to become a little bit less hawkish.

Roberto highlighted that policies are based on forecasts, and currently, the Fed still has a pretty aggressive forecast for core PCE inflation, but if we end up seeing anything less than that, the Fed will be less aggressive. On the shorter horizon, he thinks the market has a decent chance of actually being right for the next few months, i.e., the Fed will raise rates probably 50 bps at the next meeting and perhaps in June too. In the summer, it should be clearer if inflation is or is not coming down as he expects. If it is coming down, Roberto feels that the rhetoric will change, and the Fed will do less than it is telegraphing right now. But again, the next couple of 50-bp hikes are pretty much baked in.

For those interested in the full discussion, listen to the latest Basis Points podcast here:

Originally published by WisdomTree on April 13, 2022.