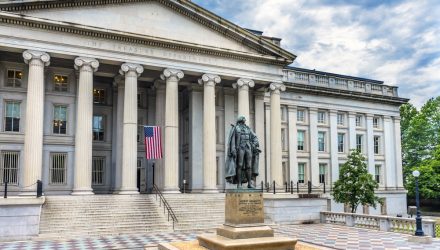 The yield curve between the 10-year Treasury and the 2-year Treasury has reached its largest inversion since the 1980’s: whether that’s a portent of impending recession or a vote of confidence by investors that the Fed will be successful in its inflation fight remains to be seen. Fed officials have indicated that a target rate of 5% for interest rates could be a minimum threshold, and as long as the Fed continues to hike, floating rate strategies remain an attractive hedge for portfolios.

The yields on long-term U.S. Treasuries have continued to drop below short-term Treasuries this year and have hit a new low of -0.77%, the biggest negative gap since the early 1980’s when the U.S. endured significant recession and the highest unemployment rate (almost 11%) since post-WWII.

Yields are generally a gauge of investor expectation in how short-term interest rates will play out over the lifetime of a bond: higher longer-term yields than short-term yields tends to be the status quo. A yield curve inversion means that investors are anticipating that the short-term rates will be higher in the near-term and lower long-term, usually due to Fed intervention that will reduce rates. 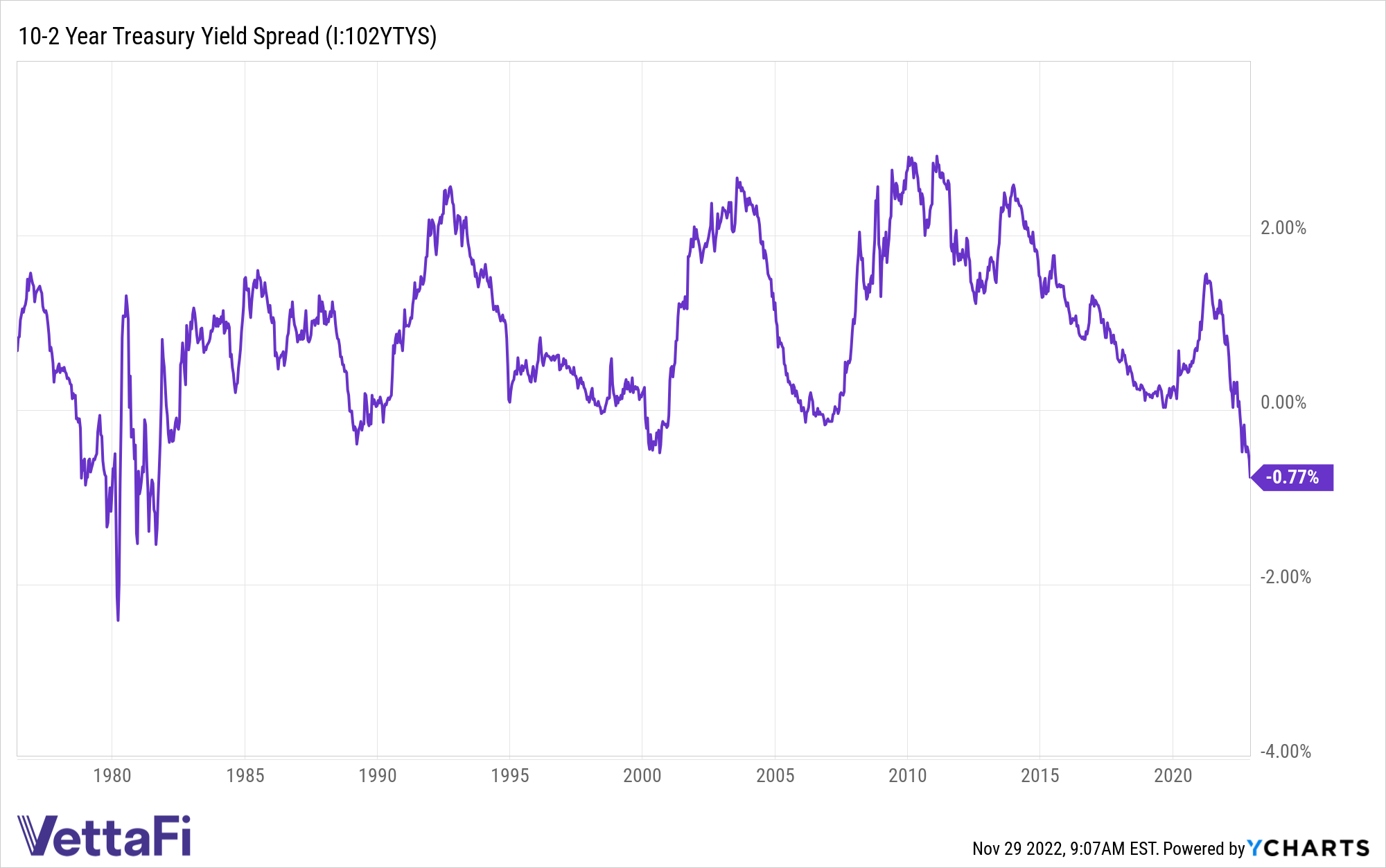 Where historically a yield curve inversion has often been the warning of impending recession, this time it could potentially mean that the Fed will be able to bring persistent, high inflation back down into territory that will allow the economy to resume more normal activity according to some analysts and investors. The widening that has happened in the inverted yield curve this month has occurred on positive economic news: October’s CPI report that was better than expected resulted in the 10-year Treasury yield jumping from 3.70% to 4.15%, while short-term rates only moved marginally (the two-year yield moved from 4.47% to 4.63%) as investors placed bets on the Fed being able to start cutting rates in late 2023.

The current inversion is “the market saying: I think inflation is going to come down,” Gene Tannuzzo, global head of fixed income at Columbia Threadneedle, told WSJ. It’s a vote of confidence from investors that “the Fed does have credibility. Ultimately the Fed will win this inflation fight and in the meantime, we have to bear higher short-term interest rates.”

The Fed response in November has been a cautionary one that remains focused on aggressively bringing inflation into line: Jim Bullard, president of the St. Louis Federal Reserve, has warned that an effective restrictive monetary policy range is in the ballpark of 5%-7%, while John Williams, president of the San Francisco Federal Reserve, believes the inflation fight could carry into 2024.

Investing During the Yield Curve Inversion with USFR

One fund riding high within fixed income this year is the WisdomTree Floating Rate Treasury Fund (USFR), an ETF that can make hedging portfolios for interest rate increases much easier for advisors and investors. Year-to-date the fund has brought in $10.57 billion in net flows and continues to receive sustained inflows.

The fund capitalizes on using floating-rate notes by the U.S. Treasury and can be an excellent option for investors looking to limit their amount of credit risk but still capture higher yield potentials in rising-rate environments.

WisdomTree believes floating rate debt is an essential bridge between long-maturity, fixed-rate Treasury Bonds, and short-maturity Treasury bills. By investing in floating rate Treasuries, holders are paid out quarterly, and the amount paid is based on a rate that resets daily at about a weekly rate. It can be a good option if Treasury bill yields are rising because it provides the opportunity for greater compensation over a fixed-rate bond.

Another benefit to a floating rate is that price volatility can be somewhat lessened by the weekly resets when compared to fixed-income bonds. Treasury floating rate notes are a good option when the yield curve is flat or inverted.

USFR seeks to track the Bloomberg U.S. Treasury Floating Rate Bond Index, which measures the performance of floating-rate notes of the U.S. Treasury and contains floating-rate notes with two-year maturities and a minimum outstanding amount of $1 billion. The index uses a rules-based strategy and is weighted by market cap. The index excludes fixed-rate securities, Treasury inflation-protected securities, convertible bonds, and bonds with survivor put options.