You are at:Home»Model Portfolio Channel»Modern Monopolies: The Platform Business Model 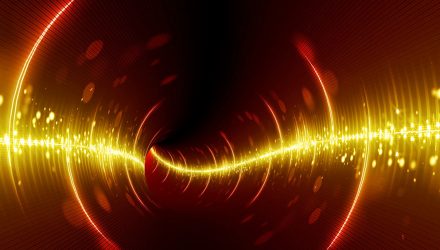 Last week’s “Behind the Markets” podcast featured a discussion with Alex Moazed, Founder & CEO of platform consulting firm Applico. Moazed co-authored the 2016 best-seller, Modern Monopolies: What It Takes to Dominate the 21st Century Economy, and we reviewed his definition of platform businesses and why he thinks they are some of the strongest growth companies in the global economy today.

Platforms Have a Unique Business Model

Platforms do not have just one customer—they operate a two-sided business model that serves both producers and consumers of products/services as customers.

The two-sided nature of these businesses means they benefit from strong network effects on both the demand side and the supply side. As more consumers join the network, producers are increasingly motivated to provide supply, and vice versa. This reinforcing dynamic often results in a winner-take-all type of scale, which is why Moazed refers to platforms as “modern monopolies.”

These companies tend to have some of the best unit economics and highest profit margins—with network effects creating competitive moats that are tough to penetrate.

Why Are Platforms the Strongest Growers Today?

Moazed views platforms as the top firms reinvesting for growth today—with significant runway for expansion ahead of them.

The current pandemic has accelerated trends in these companies gaining share in the digital economy as well.

Many SaaS companies refer to themselves as platform companies, but Moazed feels that characterization fails to ring true. Moazed comments that, in order for SaaS companies to qualify as platforms, they need to operate an ecosystem where application developers supply applications for the SaaS consumers. Application stores within SaaS companies could qualify, but in most cases these business segments do not yet materially contribute to the overall business.

How Do You Solve the Chicken/Egg Problem in Platforms to Get Network Effects Turning?

One of the most difficult challenges for platforms is getting enough consumers to motivate producers to also supply inventory—referred to as the point of critical mass. Moazed suggests companies should focus on niche areas to start building a passionate user base—and to start by focusing on being a traditional linear business to create the initial demand.

As an example, Uber hired private drivers, as employees, to enter a new market and create the initial supply. Once demand followed, Uber opened its network to scale supply.

Spotify: Why They Are Entering Podcasting

While music distribution is controlled by just four record labels, podcasting is an extremely fragmented market with large numbers of producers. Spotify could potentially serve as a podcasting platform, connecting podcasters with listeners to create a powerful network effect.

Does Netflix Deserve Double the Price-to-Earnings Ratio of Disney?

Netflix has gained five competitors in about five months, and the competitors all create content linearly—by sourcing supply and competing with the other producers of content. Moazed argues Netflix is not embracing the trend in user-generated content and is focused on trying to be the top content producer.

Today, Netflix amortizes content production over a four-year cycle. If that amortization were over three years, Moazed speculates Netflix’s profitability would change dramatically, and that the company would possibly be unprofitable.

In contrast with Spotify’s battle in the fragmented podcast market, Netflix is facing a battle of linearly produced content.

The big tech companies were testifying in Washington last week—and there is fear regulation will break up big tech.

Moazed believes mega-cap tech companies are unlikely to be broken up, and that the most likely outcome will be enhanced protection measures for suppliers that participate on their platforms. He comments that consumers largely benefit from platforms, and that regulatory relief should focus on suppliers.

In the past, Microsoft faced criticism for limiting access to other browsers from its operating system. The European Union is investigating Amazon over concerns the company is artificially suppressing supply from other producers in favor of Amazon-branded products. Amazon charges a 30% fee from its third-party sellers. One could argue that these sellers are Amazon’s primary customer (Amazon controls 70% of the third-party marketplace), which is where traditional anti-trust law would be most applicable.

In Moazed’s view, these are the right investigations and he argues that many suppliers need protection. For example, a number of gig economy workers that get banned from YouTube, Twitter, Uber or other platforms would benefit from enhanced protection. Platforms could also indirectly benefit from protection in supply.

Still in the Beginning

When Moazed wrote Modern Monopolies in 2016, he predicted that 4% of the S&P 500 Index could be platform businesses, and that these companies would constitute 13% of the index’s total net income by 2020. By 2040, he predicted that those statistics could grow to 14% and 50%, respectively.

Today, conservatively, at least 20 companies in the S&P 500 are platforms—constituting 4% of the index by count and roughly 30% by weight. Over the trailing 12 months those companies accounted for approximately 20% of the index’s earnings. So far, platforms have scaled 5–10 years ahead of Moazed’s projections.

Even though platforms have expanded ahead of expectations, Moazed still believes we are in the very early innings of the transition to the platform economy.

This makes us excited about the opportunity for our ETF, the WisdomTree Growth Leaders Fund (PLAT), that provides access to the types of platform businesses that Moazed is discussing.

To see the full list of companies in PLAT please go here. Listen to the full conversation with Alex Moazed below.

Behind the Markets on Wharton Business Radio · Behind The Markets Podcast: Alex Moazed

References to specific securities and their issuers are for illustrative purposes only and are not intended to be, and should not be interpreted as, recommendations to purchase or sell such securities.

To see the lists of current holdings in PLAT please click here.

There are risks associated with investing, including the possible loss of principal. Foreign investing involves special risks, such as risk of loss from currency fluctuation or political or economic uncertainty; these risks may be enhanced in emerging, offshore or frontier markets. Technology platform companies have significant exposure to consumers and businesses and a failure to attract and retain a substantial number of such users to a company’s products, services, content or technology could adversely affect operating results. Technological changes could require substantial expenditures by a technology platform company to modify or adapt its products, services, content or infrastructure. Technology platform companies typically face intense competition and the development of new products is a complex and uncertain process. Concerns regarding a company’s products or services that may compromise the privacy of users, or other cybersecurity concerns, even if unfounded, could damage a company’s reputation and adversely affect operating results. Many technology platform companies currently operate under less regulatory scrutiny but there is significant risk that costs associated with regulatory oversight could increase in the future. The Fund invests in the securities included in, or representative of, its Index regardless of their investment merit and the Fund does not attempt to outperform its Index or take defensive positions in declining markets. The composition of the Index is heavily dependent on quantitative and qualitative information and data from one or more third parties and the Index may not perform as intended. Please read the Fund’s prospectus for specific details regarding the Fund’s risk profile.