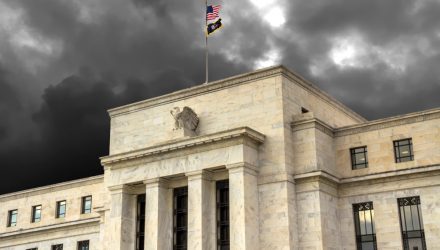 Jeremy Siegel: Fed “Failing to Realize How Different This Is”

Speaking on a webinar titled “Is the Fed Embarking on an Irreversible Policy Mistake?” WisdomTree Investments Senior Investment Strategy Advisor and Wharton finance professor Jeremy Siegel spoke to the hikes and repeatedly questioned the Fed’s judgment, questioning why the bank would emphasize lagging statistics like housing.

The Federal Reserve continued to raise rates on Wednesday, bucking market optimism that the central bank might have taken yet another soft CPI report as a signal to take a victory lap. The Fed raised its federal-funds rate by 50 basis points, compared to the previous 75 basis point hikes, with new projections by the bank penciling in 5.25% as the top end of its new benchmark rate.

“I’ve never seen a more backward-looking Federal reserve ever,” Siegel said. “You know I was banging the door for them to raise the rates much more and they waited and my feeling is that they’re on the verge of making the mistake on the other side. It might take a drop in payroll, it might take unemployment claims to go up.”

Speaking to the central bank’s projection of a 5% range benchmark next year, Siegel added that while he had been calling for rate hikes around the Fed meeting a year ago this week, all but two members of the FOMC expected that the fed funds rate this month would be less than 1%. That should lead to further questions about whether the Fed will truly follow through on its rate hike plan.

“Do they know what they’re going to do next year? The evidence is overwhelming: no, they don’t,” Siegel said. “They float with the data, they have virtually no forecasting ability. Their forecasting has been very bad in fact. They’re failing to realize how different this is from the 70s,” he also shared in response to an audience question about whether the Fed could pause and eventually restart its rate hikes.

In the meantime, dividend stocks could continue to play an important role for investors. The sector has picked up notably amid uncertainty about 2023 and a possible, looming recession, and represents a notable option in bear markets.

“I’m not surprised it reasserted itself, and like I said it’s usually more than a one-year phenomenon,” Siegel added, citing dividends as a “bear market protector.”

Several dividend strategies have made notable moves in recent months, with the WisdomTree US High Dividend Fund (DHS) one of them, returning 10.1% YTD and adding $38 million over one week.

With the Fed seemingly set to stick to its guns on rate hikes, dividends may continue to play a role if the rate hikes do create a recession. Until then, investors will certainly be keeping a close eye on any signals coming out of the Fed’s meetings and public appearances.