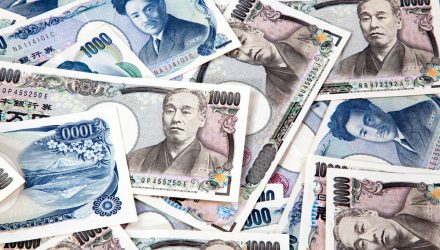 It Could Be Japan’s Time to Shine

Coronavirus vaccinations are finally taking off in Japan as the world’s third-largest economy looks to play catch-up with the U.S. on that metric.

That could be a plus for the WisdomTree Japan Hedged Equity Fund (NYSEArca: DXJ). The currency hedged exchange traded fund is up 10.46% year-to-date. That’s mostly in line with the MSCI EAFE Index, but it’s well off the pace set by the S&P 500. 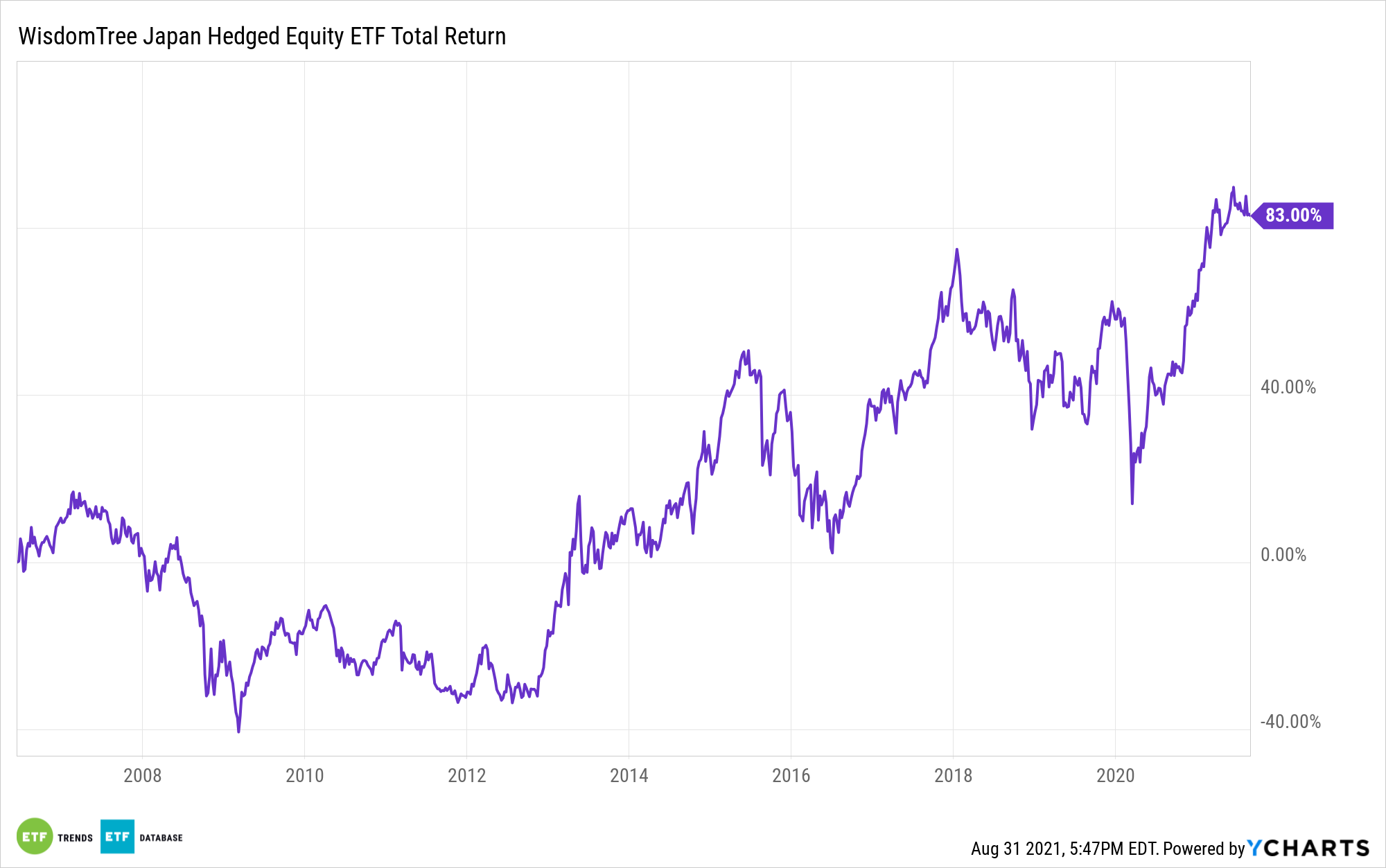 With vaccinations increasing in Japan and the U.S. dollar looking sturdy — a scenario benefiting Japanese stocks — DXJ may have some tailwinds into year-end. Another situation to monitor is Japanese companies’ willingness to engage in buybacks and dividend growth.

“With Japan no longer behind on COVID-19 vaccinations, its relative investment merit falls back on traditional metrics such as valuations and the matter of whether the country’s shareholder friendliness is on the mend,” says WisdomTree Head of Equity Strategy Jeff Weniger. “Shareholder rights—or lack thereof—has long been an issue with Japan, particularly the far-too-ubiquitous scenario where corporations have piles of cash but pay peanuts in dividends. Year after year, the cash stockpile crushes profitability metrics such as return on equity (ROE) because the earned interest rate is in the basement.”

While Japanese companies have been notoriously stingy when it comes to shareholder rewards for decades, that scenario is changing for the better. Today, DXJ yields 2.06%, or 77 basis points above the dividend yield on the S&P 500.

Adding to the case for DXJ as a quality dividend idea is that Asia-Pacific dividends grew at an admirable rate in the first seven months of 2021, with Japan standing out as one of the leaders on a regional basis.

Moreover, Japanese companies have the cash to support long-term dividend growth, and stocks in Japan are significantly cheaper than in the U.S.

“Additionally, DXJ’s forward earnings multiple is 12.3, so its earnings yield is the reciprocal of that figure, 8.1%. In contrast, the S&P 500’s forward price-to-earnings (P/E) multiple is 22.2; its earnings yield is just 4.5%,” adds Weniger. “There are some promising developments for investors who itch for dividend boosts. With COVID-19 dominating global headlines, it was easy to miss the update to Japan’s corporate governance code, which happened in June.”