You are at:Home»Modern Alpha Channel»Inflation Predictions Indicate That Japan ETFs Could Be 2022 Winners 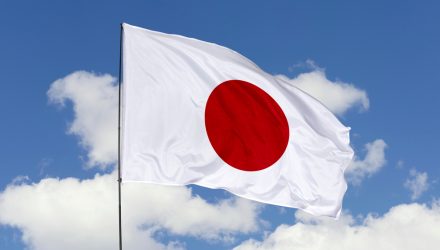 Inflation Predictions Indicate That Japan ETFs Could Be 2022 Winners

Inflation isn’t a topic confined to 2021. It’s front and center to start 2022 and could remain that way for several months. Perhaps longer. That could be enough to compel some investors to look to markets outside the U.S.

One potential and perhaps obvious beneficiary of U.S. inflation, which is all but certainly prompting the Federal Reserve to embark upon interest rate tightening, is Japan. Higher interest rates here could boost the already-strong dollar, bringing a favorable climate for Japanese exporters in one of their marquee markets.

As WisdomTree head of equity strategy Jeff Weniger and research associate Matt Wagner note, the Bank of Japan has long been one of the most accommodative central banks in the world, but inflation is mostly benign in the world’s third-largest economy.

“While many observers point to twin stimulus packages as fuel for U.S. inflation, there is not much concern in Japanese policy circles that consumer price inflation will run away in response to Tokyo’s new ¥40 trillion ($350billion) transfer payment package,” say the WisdomTree duo. “That initiative is one of the first orders of business of new prime minister Fumio Kishida, who wants to put cash directly into the hands of families with children. Tax breaks for businesses that raise wages are also in tow.”

Potentially adding to the allure of Japanese equities and the related exchange traded funds this year are the diverging paths of the Fed and the Bank of Japan. While it’s almost a lock that the Fed will hike rates multiple times, it’s a foregone conclusion that its Japanese counterpart will do no such thing.

“The dollar is rallying against the yen because the market is getting in front of a scenario that has the Fed tightening monetary policy more aggressively than previously expected—with hardly anyone anticipating anything other than subzero policy rates out of the Bank of Japan in 2022,” add Weniger and Wagner.

Japanese stocks and ETFs also matter today because that’s a value market, while the S&P 500 is richly valued.

“Because Japan’s stock market skews more heavily to value, it had a better go of it than domestic growth stocks,” notes the WisdomTree team. “Additionally, the real boost to returns came to investors who hedged the yen, a currency that fell out of bed as investors exited ‘risk-off’ positions.”