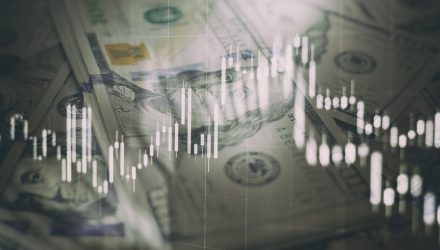 For all the commotion surrounding Chinese growth stocks — and it’s warranted — the broader complex of emerging markets internet stocks is performing admirably.

That’s a reminder that for long-term investors, strategies such as the WisdomTree Emerging Markets ex-State-Owned Enterprises ETF (XSOE) are valid considerations for exposure to developing economies. Considering that XSOE allocates almost a third of its weight to Chinese stocks, including some that are firmly in Beijing’s regulatory crosshairs, the fund’s year-to-date loss of 2.55% is tolerable.

After all, the MSCI Emerging Markets Index is only negligibly higher on the year, and that benchmark lacks significant exposure to the internet and consumer discretionary names that are performing well in emerging markets ex-China. In other words, when venturing into developing economies, it’s still best to avoid state-owned enterprises (SOEs).

“We maintain our view that investing in companies with stronger governance and more efficient operations will tend to outperform over the long run. Whatever new regulation comes out, we believe non-SOEs will always be better positioned to be more dynamic and efficient and better maximize shareholder value than SOEs, which tend to serve government interests,” says Alejandro Saltiel, WisdomTree associate director.

What’s interesting about XSOE’s laggard status this year is that, if history is an accurate guide, it likely won’t last for long because when emerging markets SOEs top companies with less government interference, that scenario is usually short-lived.

“Regulatory concerns from China along with a broad-based commodity rally have impacted the relative performance of non-state-owned enterprises (non-SOEs) versus state-owned enterprises (SOEs),” adds Saltiel. “There have been periods where the trailing 12-month performance of non-SOEs underperformed that of SOEs. These periods have typically been short-lived, and we’ve seen a steep reversal in the trend.”

There’s something to that assertion. Over the past three years, XSOE is higher by 55.4% compared to 38.3% for the MSCI Emerging Markets Index. Annualized volatility between the WisdomTree ETF and the MSCI index are essentially the same. Over those three years, XSOE’s largest drawdown was 150 basis points less than that of the MSCI benchmark.

XSOE topping broader developing economies benchmarks isn’t uncommon. Entering this year, the fund was on a two-year winning streak against the MSCI Emerging Markets Index, and for the six years ending in 2020, XSOE beat the MSCI benchmark in four of them.