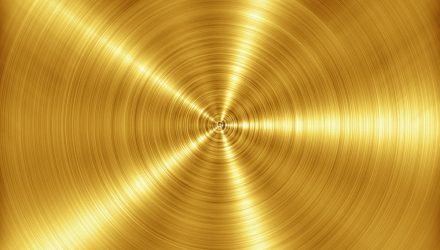 Gold was one of the obvious surprises in the commodities complex last year, and not in a good way. Commodities surged in 2021, ranking as one of the year’s best-performing asset classes, and that status was achieved with no help from gold.

Conventional wisdom is that interest rates and the stronger dollar hampered the yellow metal last year, and while those factors are still in place, that doesn’t mean that investors should gloss over exchange traded funds such as the WisdomTree Efficient Gold Plus Gold Miners Strategy Fund (GDMN).

GDMN, which debuted in December, allocates to both gold futures and mining equities, making it unique among the exchange traded funds in this category. That also positions GDMN to potentially provide investors with inflation-fighting capabilities, and that’s something to consider as consumer prices continue soaring.

“Rising opportunity costs were one of the most important contributors to gold’s negative performance in Q1, and intermittently in H2, while rising risks – especially those linked to elevated inflation – pushed gold higher towards the end of the year,” says the World Gold Council (WGC) in its recent 2022 gold outlook.

While inflation is often seen as a positive catalyst for gold, that wasn’t the case last year, indicating that market participants focused more on interest rates weighing on bullion. Many investors believe that because gold, gold futures, and physically-backed ETFs don’t pay interest or dividends, the yellow metal is vulnerable to rising rates. To some extent, that’s true, but as the WGC notes, it’s worth looking further into the matter.

“Consequently, gold has historically underperformed in the months leading up to a Fed tightening cycle, only to significantly outperform in the months following the first rate hike,” notes the WGC. “Gold may have partly been aided by the US dollar which exhibited the opposite pattern. Finally, US equities had their strongest performance ahead of a tightening cycle but delivered softer returns thereafter.”

Additionally, investors considering GDMN should remember that just because the Fed is likely to tighten, that doesn’t mean that other central banks will follow suit. The Bank of Japan and the European Central Bank (ECB) are highly unlikely to boost rates this year. The Bank of India probably remains accommodative, and “the People’s Bank of China cut one of its policy rates by 5bps in December shortly after lowering the required commercial banks reserve ratio to cushion the country’s economic slowdown,” according to the WGC.