You are at:Home»Modern Alpha Channel»Fed’s Data Dependency Highlights Promise of This Model Portfolio 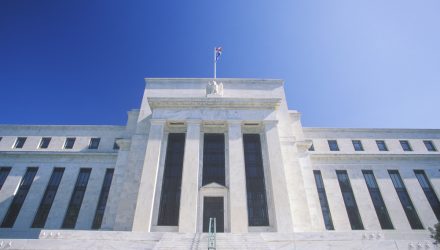 The Federal Open Market Committee’s (FOMC) June meeting didn’t result in an interest rate hike. That outcome was expected, but what caught some market participants by surprise is the dot plot indicating an increasing number of Federal Reserve members expect rate hikes to arrive in 2023.

As recently as March, Fed members didn’t expect rate increases to arrive until 2024. That changing outlook underscores the importance of advisors being nimble while maintaining diversity in fixed income allocations. One effective way of accomplishing those goals is with the WisdomTree Fixed Income Model Portfolio.

The model portfolio features eight fixed income exchange traded funds issued by both WisdomTree and other sponsors. The portfolio features an assortment of duration exposures, meaning it provides advisors with avenues for mitigating rate shock.

“From December through March, the number of members pushing up the timing of the Fed’s median forecast of a 2024 first rate hike had been increasing modestly,” says WisdomTree Head of Fixed Income Strategy Kevin Flanagan. “However, this time around a more notable change did take place, as the number of Fed officials pushing up the first rate hike to 2023 outnumbered the ‘2024’ crowd.”

The Right Recipe for a Data-Dependent Fed

What’s clear is that the Fed is going to be data-dependent for the remainder of this year, and will likely take clues from economic gauges such as the Consumer Price Index (CPI) regarding a timeline for raising its benchmark rates.

The WisdomTree Barclays U.S. Aggregate Bond Enhanced Yield Fund (NYSEArca: AGGY), the largest component in the model portfolio, is a broad-based bond solution that could be advantageous for investors even if the Fed moves up its rate hike cycle.

That strategy could be notable over the near-term as it’s increasingly apparent 10-year Treasury yield action will be determined by the Fed’s dot plot and data dependency.

“For the second half of the year, I would argue the UST market will be taking its cue from any potential shifts in the Fed’s thinking, namely the discussion surrounding tapering and the exit strategy in more broader terms,” adds Flanagan.