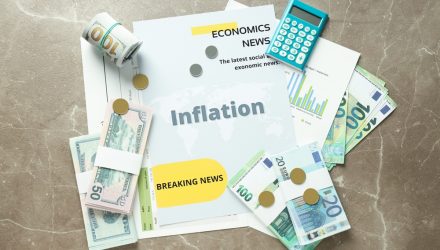 Federal Reserve Bank of St. Louis President James Bullard was a recent guest on the “Behind the Markets” podcast on Wharton Business Radio, hosted by Jeremy Schwartz, global CIO at WisdomTree, and Wharton finance professor Jeremy Siegel. Bullard and Siegel discussed all things inflation-related, diving into the data and decisions the Fed has made up to now regarding its monetary policy.

A Look at the Labor Markets

The two last spoke in February of this year when Bullard was predicting unemployment to fall below 3% and real GDP would be in the range of 3.5-4%. Since then much has changed with unemployment currently at 3.5% and the labor market proving both resilient and strong.

“The unemployment rate has not gone below three percent but it’s three and a half and I have a hard time seeing unemployment rise very much with all of the job openings we have,” Bullard said. He went on to explain that job openings are currently 1.7 for every unemployed worker, a number that has dropped slightly but is still “unprecedentedly high.”

All the measurements for the labor force reflect one of the strongest jobs markets the U.S. has experienced since the 1990s, a time of arguably the strongest labor market in the U.S. since the end of World War II.

“That gives the Fed some leeway to fight the inflation problem now while we can and hopefully get the inflation rate closer to or back to our two percent target relatively quickly in macroeconomic terms,” Bullard explained.

Looking ahead, Bullard doesn’t believe that disinflation will be tied to the labor market so much as it will instead be linked more to the “product side of the market where businesses worry if they raise prices too aggressively, they will lose market share.” It’s a trend that would reward lower-price providers and inherently bring costs down across industries.

“This is my interpretation of what happened during the 1980s disinflation where you had lower cost providers sweep into the market and firms that weren’t agile enough or were too prone to raise prices, they got their market share taken away from them,” Bullard explained.

The conversation turned to the sharp decline in homebuyer interest happening right now and the large lag that happens in reporting housing and rental prices and how that is incorporated into CPI.

“I think because of the lagged way that the government puts it in, that housing component is going to keep adding a lot to the core that’s a real phantom inflation and it concerns me that if you just look at that core rate and say ‘oh my god, we’re not making progress, let’s keep on hiking’, the Fed is going to go way too far in that situation,” Siegel said.

Bullard explained that there are a variety of other ways of looking at the inflation data that can exclude the rental element if necessary, as well as other sources of data that the Fed can and does use when they’re determining monetary policy. He goes on to detail the very generous Taylor Rule calculations he used back in May to try and estimate the lower end of where monetary policy should be, which at the time was around 3.5%.

“Where the committee will come down on this judgment of where you need to be to put meaningful downward pressure on inflation, I think that’s a key part of the policy debate in the next two meetings,” Bullard said.

Is There Confidence in the Fed Currently?

“I hear all the time and even hints by some of the Fed governors and officials that [tightening] isn’t working yet, and they’re talking about the core [CPI],” Siegel said. “Monetary policy doesn’t work on the core in five or six months. I think this pessimism of why the Fed policy is not working is way overblown.”

Bullard was of the mindset that the Federal dot plot as well as policymakers’ belief that next year will be a deflationary one are strong arguments against the existence of pessimism in markets. “It seems, if anything, they’re sort of overly optimistic about how much disinflation we’ll have.”

Instead of looking at what markets are pricing in or the dot plots, Bullard argued for the use of the two-year Treasury yield as a measure of both where policy rates are currently as well as where they are anticipated to be in the future. Bullard believes the current yield curve inversion is partially driven by markets taking into account inflation in the short-term but not in the medium-term (nominal inversion), reflecting confidence in the ability of the Fed to bring inflation down and a uniqueness to the current inversion.

“What is the bottom line, getting away from technical talk, is that we’re in restrictive territory. Some people say, ‘oh, we’re not,’ but I think we are and certainly projected to be very, very soon — in a matter of months — in quite restrictive territory,” Siegel concluded.

The two also discussed the money supply, where Bullard hopes the Fed will be in a year, and housing in detail.