You are at:Home»Modern Alpha Channel»Does the Fed Want to Have Things Both Ways? 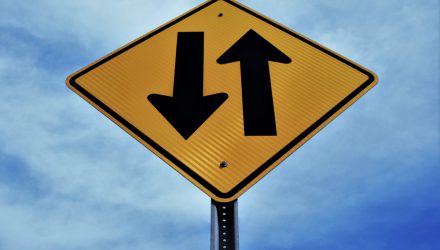 Does the Fed Want to Have Things Both Ways?

Seven months into 2021 and it’s safe to say this year will go down as a tough one for advisors on the fixed income front.

Adding to that burden is a Federal Reserve that apparently wants to have its cake and eat it too. One way advisors can deal with an unpredictable Fed is with the WisdomTree Fixed Income Model Portfolio. As WisdomTree head of fixed income Kevin Flanagan points out, the recent minutes from the Federal Open Market Committee (FOMC) indicate predicting what’s up the Fed’s sleeve is tricky.

“The July FOMC policy statement read a bit more hawkish than one might have expected. It acknowledged that, ‘with progress on vaccinations and strong policy support, indicators of economic activity and employment have continued to strengthen’ —while also stating that “the path of the economy continues to depend on the course of the virus,” notes Flanagan.

However, the FOMC meeting minutes contain no mention of the delta variant, which is commanding plenty of attention as of late. The delta variant of the coronavirus is taking hold and gaining prominence as a potential headwind for risk assets.

Fed Chairman Jerome Powell did mention the delta variant at his most recent press conference, but he didn’t seem overly concerned.

“Powell did mention 1) delta as a potential economic impact BUT then went on to say, he’s ‘seen fewer economic implications from each virus wave,’ 2) the FOMC discussed ‘considerations on bond buying’ BUT ‘we’re some ways away from progress on jobs’ and ‘clearly a ways away from raising interest rates,’ 3) he still sees inflation as transitory BUT it’s ‘possible inflation will be higher and more persistent than expected,’” adds Flanagan.

While the WisdomTree model portfolio has avenues for combating inflation, if rising prices prove transitory and the economy remains sturdy, that could put another scenario in play: the Fed quickening its rate hike timeline. The model portfolio is built to handle that, too, as well as other potential near-term curveballs the Fed could throw its way.

“The Fed is on target to announce a more formal tapering announcement perhaps at their September 22 meeting, and the markets will be watching Powell’s expected Jackson Hole appearance (August 26–28) for any clues as to what may be coming,” concludes Flanagan. “Also, at the September FOMC meeting, the Fed’s updated blue dots (Fed Funds estimates) are due…I’ll be watching very closely to see if the current 2023 rate hike ‘lift off’ is adjusted toward 2022.”