You are at:Home»Model Portfolio Channel»Does a “Blue Wave” = Higher Rates? 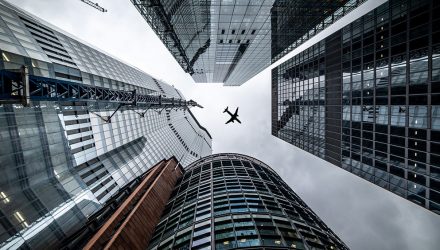 Does a “Blue Wave” = Higher Rates?

The question of the week in bond-land is, “what will the impact of the ‘blue wave’ be?” In our Market Insights: Planning for Potential 2020 Election Results, WisdomTree offered a variety of scenarios for investors to consider. One such outcome was a Democrat sweep, or “blue wave,” whereby the presidency and both houses of Congress would be controlled by the Democrat Party. Last week in the U.S. Treasury (UST) market, this possibility began to filter into the conversation—if not the outright pricing mechanism—to a certain degree.

In our aforementioned election piece, we outlined two possible outcomes from a “blue wave.” Interestingly, they are somewhat polar opposites. In one scenario, a potential higher tax, increased regulatory environment and less “business-friendly” setting could result in slower economic growth. However, in scenario #2, the removal of gridlock, increased government spending and other additional fiscal stimulus would serve to boost economic growth potential.

We’ll let the reader decide which of these two scenarios they agree with, but the one common thread among them is that “deficit discipline” will go completely out the window. In other words, it seems likely trillion-dollar deficits for the U.S. will become the norm.

So how does the UST market view this? Based upon price action last week, combined with attendant market commentary, it appeared as if investors were coming down on the side of our scenario #2: Increased government spending will lead to higher growth. Put simply: higher government outlays/GDP + rising budget deficits = higher UST 10-year yields. As of this writing, the yield was just shy of 0.80%, and as you can see from the above graph, this level has not been penetrated since June.

Oh, and do you know what else would be a common thread no matter what the election outcomes are? Continued easy monetary policy from the Federal Reserve (Fed). Nevertheless, the important point is that even if the Fed doesn’t consider raising rates until 2023, UST 10-year yields can still rise.

If the UST market does embrace our second scenario, investors should consider a rate hedge within their fixed income portfolio that could also potentially take advantage of a narrowing in credit spreads, such as the WisdomTree Interest Rate Hedged High Yield Bond Fund (HYZD). This strategy offers investors the following key attributes:

Unless otherwise stated, all data sourced is Bloomberg, as of October 9, 2020.

There are risks associated with investing, including possible loss of principal. High-yield or “junk” bonds have lower credit ratings and involve a greater risk to principal. Fixed income investments are subject to interest rate risk; their value will normally decline as interest rates rise. The Fund seeks to mitigate interest rate risk by taking short positions in U.S. Treasuries (or futures providing exposure to U.S. Treasuries), but there is no guarantee this will be achieved. Derivative investments can be volatile, and these investments may be less liquid than other securities, and more sensitive to the effects of varied economic conditions.

Fixed income investments are also subject to credit risk, the risk that the issuer of a bond will fail to pay interest and principal in a timely manner, or that negative perceptions of the issuer’s ability to make such payments will cause the price of that bond to decline. The Fund may engage in “short sale” transactions where losses may be exaggerated, potentially losing more money than the actual cost of the investment, and the third party to the short sale may fail to honor its contract terms, causing a loss to the Fund. While the Fund attempts to limit credit and counterparty exposure, the value of an investment in the Fund may change quickly and without warning in response to issuer or counterparty defaults and changes in the credit ratings of the Fund’s portfolio investments. Due to the investment strategy of certain Funds, they may make higher capital gain distributions than other ETFs. Please read the Fund’s prospectus for specific details regarding the Fund’s risk profile.