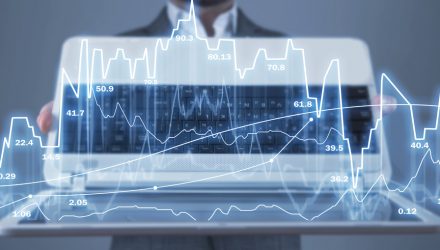 Growth and volatility are two words that come to mind when one thinks of small caps. The latter is often the price to pay for the former.

While the size factor has long played a prominent role in explaining excess returns when deployed in portfolios, volatility can be a pain for skittish investors. Over the past three years, the average annualized volatility on the Russell 2000 and S&P SmallCap 600 indexes is 28.5%, as compared to 22.5% for the large cap S&P 500.

Yet there are ways for investors to access the growth prospects of smaller equities while reducing some of the turbulence. The WisdomTree Japan SmallCap Dividend Fund (NYSEArca: DFJ) is a good place to start. In fact, Japanese small caps have some pleasant surprises in store for investors.

“Looking at rolling three-year standard deviations, the Russell 2000 Index clearly has higher volatility than the S&P 500 Index. But Japanese small caps generally have been lower vol than U.S. large caps for much of the last decade and considerably lower vol than U.S. small caps,” according to WisdomTree research.

A Tale of Volatility Reduction

Over the aforementioned three-year period, DFJ’s annualized volatility was 21% – well below that of the domestic small cap benchmarks while only slightly higher than the large cap MSCI Japan Index.

When adding dividends into the equation, which DFJ does, Japanese small cap dividend payers have a rolling 36-month standard deviation that’s just 85 basis points above that of the comparable large cap universe, according to WisdomTree data. Investors shouldn’t underestimate the potency of dividends as volatility reducers.

“In the U.S., we don’t think of small caps as dividend payers—the Russell 2000 Value Index has less than two-thirds of its index weight in dividend payers. In Japan, 95% of the weight of small caps is dividend payers,” notes WisdomTree. “What is more, their dividends were more stable during the COVID-19 pandemic than U.S. small caps that were slashing dividend payouts. This was partly because Japanese companies have more cash on their balance sheets and more conservative payouts to cushion dividends from cuts.”

DFJ, which has nearly $203 million in assets under management, also offers investors leverage to a cyclical recovery in the world’s third-largest economy. The cyclical industrial, consumer discretionary, materials, and financial services sectors combine for over two-thirds of the fund’s roster.