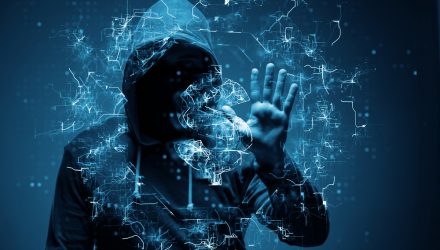 How Cybersecurity Is Evolving Into a Durable, Disruptive Theme

On its own, that’s an impressive performance, and one made even more so when considering the cybersecurity exchange traded fund topped the S&P 500 Technology Index by nearly 900 basis points over that period. Some of that bullishness is attributable to Treasury yields steadying, supporting growth stocks in the process. Likewise, some of that move is attributable to investors wagering that value’s upside is ready for a breather.

However, it’s also highly probable that WCBR’s redemption story is, at least partially, being penned by a recent spate of cyber attacks, including the Colonial Pipeline and a hack on JBS Meats. Those two companies paid $4.4 million and $11 million, respectively, to resolve ransomware attacks. Those events (and payments) have further underscored the necessity of cybersecurity spending, which should be a long-term boon for funds like WCBR.

“We may look back on 2021 and view the Colonial Pipeline attack as the moment that galvanized a coherent U.S. policy and enforcement response to ransomware,” writes Christopher Gannatti, WisdomTree head of research, Europe. “As of this writing, this was the largest single impact on the U.S. energy system that we’ve seen from a cyberattack, with officials noting that the consequences have a similar feel to a severe hurricane or weather event that causes physical damage.”

Much of the long-term thesis for cybersecurity – and it’s one that solidifies the industry’s status as one of the more durable disruptive themes – revolves around expenditures. Think of it along the lines of the old saying “an ounce of prevention is worth a pound of cure.”

Companies that don’t spend on adequate cybersecurity measures before ransomware attacks can be especially vulnerable to these episodes. They end up paying either way. As Gannatti notes, 64 of the 75 Bitcoin Colonial paid to the group “DarkSide” were recovered, but that doesn’t make up for the results of the spike gas prices on the East Coast and the negative headlines for the company.

The FBI advises victims of cyberattacks to not pay up the ransom money, but as Gannatti points out, DarkSide “malware has been used to compromise more than 40 victims, demanding figures between $200,000 and $2 million in each case.” In other words, companies are paying the group when hit with ransomware attacks. That also means they’re learning a hard lesson, which is that it’s better to spend up front with a WCBR member firm than it is to dole out cash to band of cyber thieves.

Cybersecurity is especially critical in the cloud computing space.