You are at:Home»Modern Alpha Channel»Is a Commodities Supercycle Coming? Make the Call with This Model Portfolio 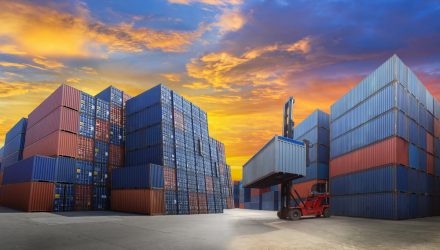 Is a Commodities Supercycle Coming? Make the Call with This Model Portfolio

Owing to the weak dollar and rising inflation, among many other factors, commodities are growing more and more appealing. The trick is knowing how to right-size those allocations.

WisdomTree’s series of Endowment Model Portfolios can help with that objective.

“By thoughtfully integrating equities, bonds and alternative investments, WisdomTree has created variations of each model with differing risk profiles. WisdomTree’s bespoke approach seeks to ensure that there is a model portfolio for a range of investors, from the conservative to the aggressive,” according to the issuer.

The model portfolio features exposure to six alternative exchange traded funds, several of which are either dedicated commodities funds or funds with strong exposure to that asset class.

This model portfolio is appropriate at a time of global banks’ easy monetary policy. Rising inflation in the United States makes the scenario even more appealing.

“Massive fiscal stimulus from the government combined with the Federal Reserve’s (Fed) loose monetary policies have resulted in an ample, if not excessive, monetary supply. Inflation expectations, measured by 5- and 10-year breakeven rates, have risen to the highest level since 2014,” writes WisdomTree analyst Jianing Wu. “ Against this backdrop, we believe broad-based commodity investing can play an important role in addressing potential risks in the years ahead.”

According to JPMorgan, there are reasons to suggest that a new commodity supercycle may have just begun.

“We believe that the new commodity upswing, and in particular oil up cycle, has started,” JPMorgan analysts led by Marko Kolanovic said in a note last week, as reported by Bloomberg.

The latest commodity supercycle ended in 2008 after a 12-year run, boosted by excessive spending and an economic surge in China.

According to the bank, several potential factors such as post-pandemic global economic growth, ‘ultra loose’ monetary policies, increased and tolerated inflation, weakening U.S. dollar, financial inflows to hedge inflation, metals for energy transition markets such as batteries and electric vehicles (EVs), and underinvestment in new oil supply could all result in a new super cycle.

“Historically, commodities have offered a hedge against inflation because their prices are largely determined by supply and demand. When economic activities ramp up, production material utilization increases, which in turn causes an increase in demand for raw materials, leading to higher prices,” said Wu. “Compared to other major asset classes such as equities and bonds, commodities have historically been the strongest performing asset class during times of high inflation.”