You are at:Home»Expert Insights»Chinese Tech: An Interview with Liqian Ren, Director of Modern Alpha, WisdomTree 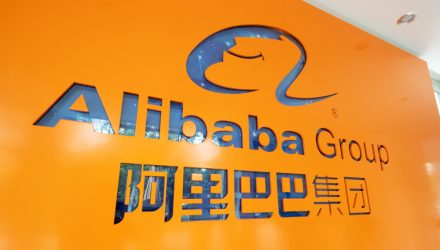 Regulation is catching up to the Chinese tech sector.

Lately, Beijing has made increasing attempts to rein in China’s biggest names in tech, with big fines levied on Alibaba (BABA) and a forced restructuring at Ant Financial, Tencent, JD.com (JD), and others.

Furthermore, in April, Chinese regulators warned 34 tech firms to stop engaging in anti-trust practices, including the use of mutually exclusive contracts with suppliers.

To make sense of how these changes will impact the Chinese tech space, Lara Crigger, Managing Editor at ETF Trends, sat down with Liqian Ren, Director of Modern Alpha at WisdomTree. Ren has written extensively on the Chinese government’s regulatory actions.

Ren leads WisdomTree’s quantitative investment capabilities and serves as a thought leader for WisdomTree’s Modern Alpha approach. In her role, she works on implementing strategies that combine the outperformance potential of active management with the benefits of the ETF structure.

Crigger: Let’s set the scene for readers regarding the Chinese government’s recent change in regulatory approaches to big tech firms like Alibaba (BABA) and Ant Financial. For a long time they seemed pretty hands-off, but now it seems like they have been taking a more active stance.

Ren: I wouldn’t characterize it as a change, really. It’s been going on for a while now, only now people are starting to pay attention.

Essentially, business was in front of the regulators, and now regulators are trying to catch up with businesses’ practices. This is pretty common in the history of regulation.

PinDuoDuo (PDD) was a second entrant after Alibaba. When they came to market, they were complaining about mutually exclusive contracts, because essentially Alibaba and the other first movers had locked up a lot of the retailers [to their platforms]. So [PinDuoDuo] had been complaining about these contracts as an anti-trust issue.

Now, as I mentioned in my blog, it’s not actually that straightforward to say whether these contracts are anti-trust or not. I compare it to what the U.S. FTC (Federal Trade Commission) has said in the past [for similar cases in the U.S.]; they have some clarification on their website. Some of it they considered antitrust, and some of it they did not.

But Chinese regulators have finally decided, yes, this is anti-trust. They fined Alibaba on this, in a way that’s very typical of Chinese regulators. It’s not knee-jerking one way or the other. They usually issue warnings to companies, instead of working through the court system, though I believe going through the court system is the more efficient solution for the long-run.

For example, in the case of Tencent vs. Qihu360, the government ended up coming out and scolding both of the companies: “Both of you stop doing this, then write an apology letter to the public.” Which seems very unusual if you live here [in the United States], but that’s very typical of Chinese regulators.

So the government gave them one month to stop using these contracts. If you don’t… The government will never explicitly say it, but most companies get the message: if you don’t comply, then you’re going to be [in]trouble. So I expect these companies to drop these exclusive contracts pretty quickly within that time frame.

Crigger: What implications will the inability to use mutually exclusive contracts have for the Chinese tech sector, moving forward?

Ren: I think there are two implications. The one is that fintech can’t be without regulation anymore. Hopefully, this applies to everybody now. Financials are highly regulated in China (and in the U.S.). So now fintech firms like Ant Financial—even tech firms like JD.com (JD) or Tencent—they’ll be subject to regulation, period. This cannot be more clear.

The second implication is that the China tech sector is extremely competitive. I wouldn’t say it’s more or less competitive than the U.S., but—look at Alibaba. It’s so dominant [in China]; it’s everywhere. Yet it’s still being challenged by PinDuoduo, and, actually, its active users have been surpassed by PinDuoduo. So even with that kind of dominance, the competition is still extremely fierce. Just focusing on Alibaba or Tencent will miss the full picture of China tech.

It’s the same on the social media side. WeChat is extremely dominant, of course. I use it to have contact with my parents and friends. But TikTok, BiliBili (BILI), all the other social media platforms that are growing among younger people have become serious competitors to WeChat.

So this implication has somewhat of a long tail.

Crigger: Compare that to U.S. tech: nobody could knock Google off its throne; it’s just so big and interwoven into everything. Same with Amazon. There’s not much that could potentially threaten those companies’ dominance in the marketplace.

Ren: I would separate Google and Amazon a little bit, compared to what’s going on in China. Google and Baidu (BIDU) have a little bit of natural monopoly power, because in search, they are the ones who have accumulated the most data. Even in China, [dominance in]the search engine is still very difficult to challenge: it’s similar to Google here. You can try to do a Google search in their Chinese search engine, but the results that come out, well, usually it’s better to use Baidu.

But Amazon’s dominance may not be as dominant forever. Five years ago, people wondered, who could ever challenge Alibaba as the retail platform? But then PinDuoDuo came up with a different way of buying. It’s a different business model. And it challenged Alibaba, to the point that now I’d say they’re close to equal. So I still think Amazon may face challengers. It’s just speculation. But in seeing Alibaba be challenged, I think U.S. firms could still potentially face competitors from a different kind of business model.

I think the next frontier of China/U.S. tech regulation is related to Baidu/Google or apps like Ant/Didi/UBER/LYFT, in the sense that who owns the user data? Is it the company, the customer, or the public? There is increasing discussion, both in the U.S. and China, on this issue.

Crigger: Do you think the Chinese regulators catching up to the tech sector is something that’s going to hamper the country’s prospects for growth, moving forward? So much of the Chinese economy is driven by tech nowadays.

Ren: I think they’ll have no net effect. These regulations are essentially backwards-looking. I don’t think it’ll impact China’s growth trajectory. Most economists will say the facts impacting growth are the traditional production functions: labor, capital, and technology. So tech regulations, while they’re headline grabbing, it’s a very small portion of the overall growth picture.

Also, the media tends to focus on those big companies, and they tend to overlook that the Chinese economy isn’t just tech. You have healthcare, for example, which is a big part of the state-owned sector. But there are several up-and-coming ex-state-owned healthcare and pharmaceutical companies that that making inroads and making pretty good money.

Crigger: Maybe it’s contextual. After all, when we think about the U.S. economy, it IS driven by a few big tech companies. If the FAANG stocks are up, then the market is up. If they’re down, the market is down.

Ren: Tech is still a big portion of the publicly listed companies, for sure. But if you’re talking about China’s growth, there is a lot of growth coming from smaller and unlisted companies. So the tech regulations are important; it impacts 34 companies. But it’s only 34 companies. Even though they’re very big, it’s not a huge impact on the Chinese economy.

These ex-SOE companies are the most vibrant part of all EM countries. That’s easy for someone like me to see, who grew up in Zhejiang province, where Alibaba is headquartered and where many ex-SOE companies are founded and driving the main growth in China. This is the kind of exposure you want to have in your EM/China portfolio.

Crigger: I’d love to ask your thoughts on China’s digital yuan project. We’ve covered it a bit on our site. Do you think the goal here is to supplant the dollar as the world’s reserve currency?

Ren: I think there are a lot of misconceptions about digital currency. The biggest factor is who the backing is, not the form it’s in. The digital yuan is still yuan; and the digital yuan has more in common with yuan than it does with any other digital currency, like Bitcoin. It’d be the same for a digital dollar.

If we go back to the history of where currencies come from, and why currency becomes dominant—if you think of how the dollar replaced the British pound as the dominant reserve currency in the world—it’s because behind the dollar is the whole U.S. country, the whole U.S economy. Other digital currencies, they don’t have the mightiness of a government behind them. But the digital yuan is backed by the Chinese government. That’s where it’s the most similar to the yuan.

If the Chinese economy grows, and the country gets rid of capital controls, then Chinese currency of course has a possibility to become the reserve currency. But to be a reserve currency has a lot of requirements. It needs to be able to freely exchange backed by an economy and by trade. All of these are still fluid, and I don’t think the form the currency takes decides on this.

I don’t think the digital yuan of today, whether it’s digital or not, is going to change the current status of reserve currency. Just going digital is not going to be enough.