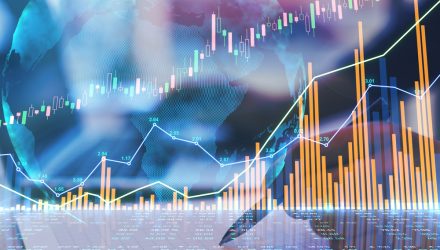 Saying Chinese stocks are encountering controversy this year is an understatement. Between delisting chatter in the U.S. and Beijing’s regulatory crackdown on internet companies, many of which raised billions of dollars in U.S. initial public offerings (IPOs), 2021 is a trying time for long Chinese growth stocks.

However, this week brought a bounce in some previously high-flying Chinese internet stocks, luring plenty of retail investors back to the asset class. For those that believe this rebound has legs, or for those seeing value in some beaten-up names, the WisdomTree China ex-State-Owned Enterprises Fund (CXSE) may be a more practical bet than stock picking.

“Net purchases of American depositary receipts of Chinese companies surpassed $400 million with the ‘apex’ of buying occurring in Monday’s session as e-commerce behemoth Alibaba was the most bought single stock in the US, Vanda Research said in a Wednesday note,” reports Business Insider.

The $1 billion CXSE, which turns nine years old next month, allocates 6.48% of its weight to Alibaba (NYSE:BABA). The so-called Amazon of China is the second-largest component in the ETF at a weight of 6.48%.

CXSE tracks the WisdomTree China ex-State-Owned Enterprises Index and, as the fund and index names imply, state-controlled companies are limited. WisdomTree defines such as firms as instances where “government ownership of more than 20% of outstanding shares” is in play.

As such, CXSE allocates nearly 52% of its weight to the consumer discretionary and communication services sectors — two of the groups most vulnerable to the aforementioned regulatory clampdown. While Beijing’s efforts to foster more competition and protect consumer data are crimping the likes of Tencent and Alibaba — CXSE’s top two holdings — and many more, some smaller investors appear undaunted.

“The most important singularity of retail purchases of ADRs is that they weren’t contrarian. Since the regulatory crackdown started, retail investors increased their buying on dips, providing liquidity to institutional investors who were exiting long positions,” says Giacomo Pierantoni, an analyst at Vanda Research.

While it’s a stretch to say that buying in Chinese internet names is reaching GameStop/AMC/meme stock proportions, it’s obvious that retailer investors are sensing opportunity in China.

Still, CXSE could be a safer bet because many of its consumer discretionary and communication services sectors don’t qualify as meme stocks. Rather, some are highly profitable with surprisingly robust quality traits, underscoring the case for the WisdomTree ETF even against a challenging regulatory backdrop. 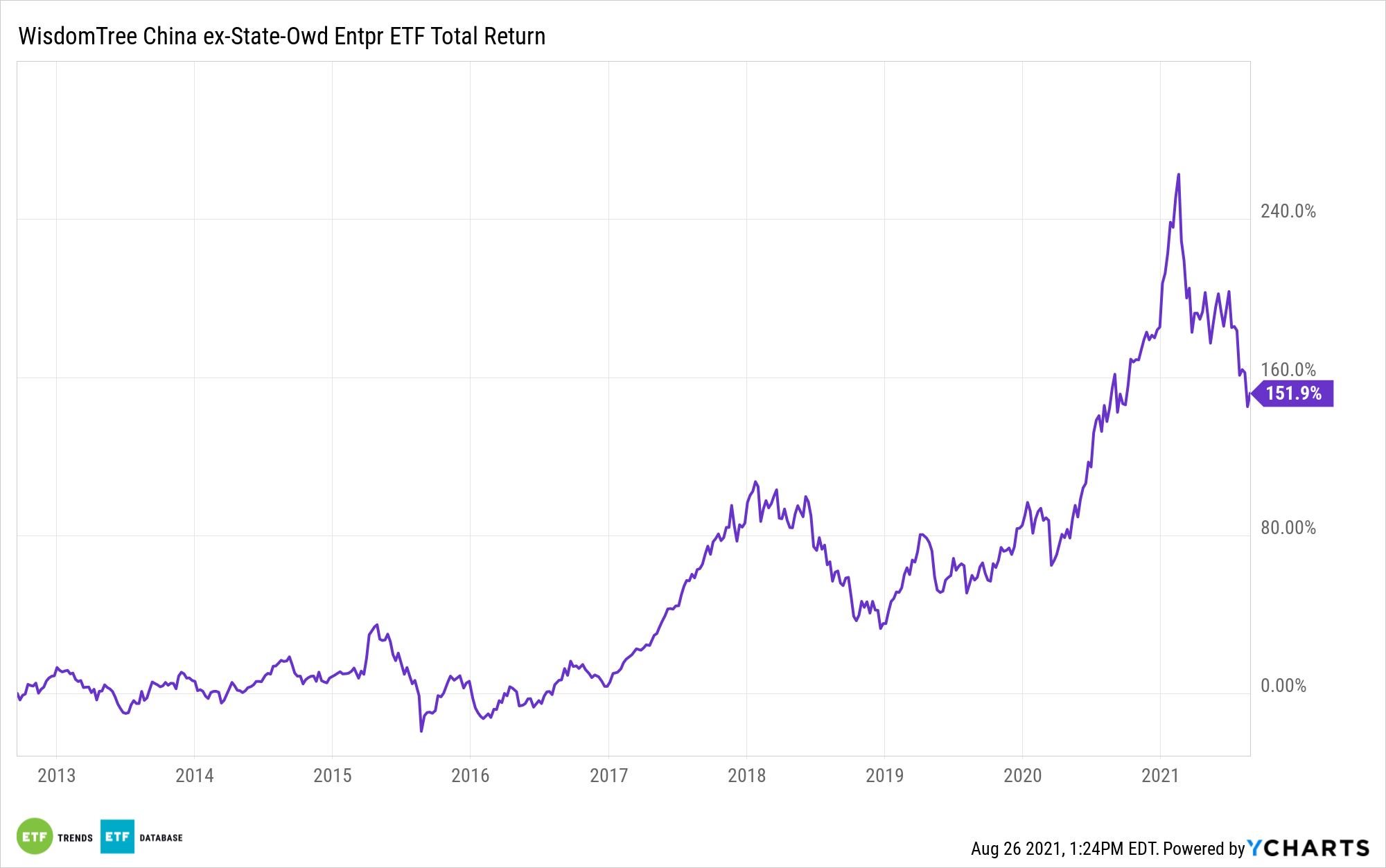