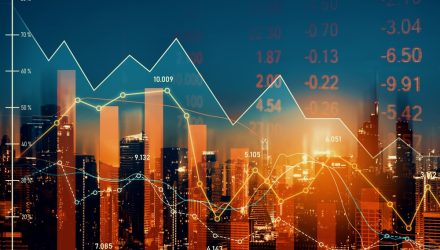 This year has been the year of challenges and changes, for investment strategies, advisors, and portfolios as the strong growth outperformance of the last decade finally comes to a screeching halt and investors pile out of growth and into value. It’s one of the many trends that Jeremy Schwartz, global CIO of WisdomTree, discussed with Matt Topley, founder and president of Lansing Street Advisors, on the most recent Behind the Markets podcast hosted by Schwartz.

Topley opened by discussing the similarities between markets in the 1999-2000 dot com bubble and markets currently — value and international were priced cheaply then and now — but is clear to note that the speculative bubble of the dot com era had forward price-to-earnings upwards of 200x for the Nasdaq whereas in the growth bull run of the last decade earnings reached as high as 32x.

“It was a lot bigger speculative bubble than we have today. Keep in mind that I think something like 89% of the inflows in ‘99-2000 before the bubble burst were going directly into the Nasdaq,” Topley explained. “Everything else in the world was cheap: bonds were cheap, value stocks were cheap, international was cheap, the only thing that was expensive really was technology stocks.”

It’s a strong similarity to where markets coalesced in the last two years, but perhaps the most striking difference is that bonds today have entered a bear market for the first time in over four decades and the real rate for interest rates was still negative when the bubble popped, compared to 5-6% interest rates back in 2000.

Lansing Street Advisors underweights its portfolios to international in the current market for two primary reasons.

“Fundamentally the world has changed: defining international is a lot different than it used to be because of globalization,” Topley said. “Number two, technically momentum-wise, international still has not given any signals that it’s going to overtake the U.S.”

Add into that the geopolitical tensions and risks and international investing has become a lot riskier looking to advisors and investors, but Topley cautioned about exiting international too early. “But, keep in mind, we’re huge believers in reversion to the mean and we’re believers that just when everyone wants to give up on an asset class is usually the best time to invest in it.”

The discussion moved on to the investing thesis that Lansing embraces for model portfolios that revolves around momentum and sector rotation, as well as the concept of reversion to the mean (value investing), both investment theses that have worked well over the history of the stock market. Topley is careful to point out that momentum does not equate to growth but instead refers to the sectors and how they perform compared to each other, and the rotations they move through in different economic environments.

“If you look at momentum right now, they’re in energy stocks and health care and what would usually be considered value,” Topley said.

The Value in Value

“Now is the time that you really want value, even though it’s sometimes painful to hold. Value’s cheapness right now versus growth is still in the 15th percentile which is pretty amazing when you think about the Nasdaq correcting, at its bottom, 35%,” explained Topley.

The S&P has returned to around its 25-year median forward price-to-earnings ratio of about 16x, but Topley remarked that if tech stocks were to be removed from that, it would likely be a full standard deviation below that.

Value has had a strong year but it’s been difficult for many advisors and investors to break away from growth due to its solid performance over the last decade. That could be to the detriment of some.

“If you’re a long-term investor, if you’re a millennial, if you’re someone who maybe has an account you’re never going to touch, I would highly recommend dollar cost averaging and getting aggressive in small caps now,” Topley said.

“Small cap stocks do better than the S&P over the long-term according to all the academic research,” Topley explained. “Small caps that are actually profitable, if you strip down just the small-cap stocks that are profitable, the outperformance is pretty dramatic.”