You are at:Home»Modern Alpha Channel»Aggressive Growth, Momentum ETF Is Refreshed 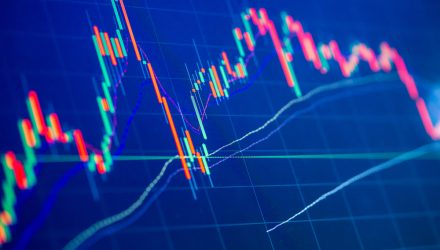 The WisdomTree U.S. Growth & Momentum Fund (WGRO) debuted in June, and while the rookie exchange traded fund is an index-based strategy, it is frequently rebalanced.

WGRO, which tracks the O’Neil Growth Index, was recently rebalanced for the sixth time since its debut, ensuring that the fund presents investors with a fresh view on the growth and momentum factors. WGRO’s roster is comprised of large- and mid-cap equities displaying favorable growth and momentum characteristics.

WGRO’s methodology is proving effective, and although the track record is short, the WisdomTree ETF has beaten the S&P 500 and the Russell 1000 Growth Index since inception. In a fund like WGRO, sector attribution is essential.

“Since inception, WGRO has maintained an over-weight allocation to the Consumer Discretionary sector relative to the S&P 500 and Russell 1000 Growth Indexes. WGRO has incrementally trimmed its exposure at each rebalance from 33% at inception to 17% in November,” writes WisdomTree analyst Kara Marciscano. “Over this same period, Consumer Discretionary was the second and fourth best-performing sector within the S&P 500 Growth and Russell 1000 Growth Indexes, respectively.”

Currently, WGRO allocates almost 19% of its roster to consumer cyclical stocks, making its third-largest sector weight a significant overweight to that group relative to the S&P 500. WGRO also recently upped its healthcare exposure. That sector is now the second-largest sector exposure in the fund at 20.51%, well ahead of the S&P 500’s allocation to that group.

“WGRO significantly added to its Health Care exposure at the October rebalance during a well-timed slump in Health Care stocks, as measured by the S&P 500 Health Care Index,” adds Marciscano.

In the current quarter, WGRO is again beating the S&P 500 and the Russell 1000 Growth indexes, and it’s accomplishing that feat while being underweight on technology relative to those benchmarks and while featuring no energy exposure. Energy is the best-performing sector in the S&P 500 this year.

“WGRO has also made a net addition of 7% to its Financials exposure since inception. At the most recent rebalance, WGRO added four new Financials stocks that ranked highly on both the Pullback and Datagraph factors. Over this same period, Financials stocks within the S&P 500 Index have been the third top-performing sector group (+11.5%),” says Marciscano.

The sector now represents almost 13% of the WGRO lineup.