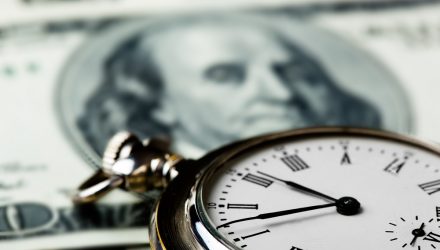 60-40 on Borrowed Time, But There Are Better Ideas

It might not die — at least, not anytime soon. That said, the 60% equities and 40% fixed income portfolio mix that’s been so popular among advisors for so long isn’t what it used to be, and it likely needs significant refreshing.

With longer-dated bonds increasingly correlated to equities, the 60-40 split isn’t offering the diversification and protection it once did, and that scenario could grow even darker as the Federal Reserve embarks upon raising interest rates.

“Interest rates remain very low, and though we do see them grinding higher from current levels as the economy improves—perhaps hitting 1.75%–2.00% by year-end—we simply do not see many catalysts driving them significantly higher in the foreseeable future. Massive federal debts and deficits, an aging population and the corresponding demand for assets to hedge equity market risk are all working to keep rates low by historical standards,” says Scott Welch, WisdomTree CIO, in a recent note.

As Welch notes, traditional 60-40 portfolios are confounded today by the combination of low interest rates and depressed credit spreads, the latter of which imply that even if a portfolio is laden with corporate debt, even junk bonds, it may not be generating adequate reward for investors taking on added bond market risk. Making matters worse for the 40 part of 60-40 are low yields. The lower a bond’s starting yield is, the more its upside potential is capped.

“Currently, Treasury real levels of interest rates (the nominal rate minus the inflation rate) remain negative across the entire yield curve. In addition, corporate credit spreads remain historically tight. Assuming a buy and hold strategy, the ‘starting yields’ on a bond historically have a been a good predictor of the expected return on that bond,” adds Welch.

Speaking of yields, the Siegel WisdomTree Longevity Model sports a dividend yield of 2.63% — exceptional by today’s standards. That’s one indication that this model portfolio could be a superior alternative to traditional 60-40 construction.

“Our view is, simply, that the traditional 60/40 portfolio will face significant headwinds in meeting investor objectives as we move through this decade and the next. We believe we have succeeded in constructing a ‘better mousetrap,’” concludes Welch.