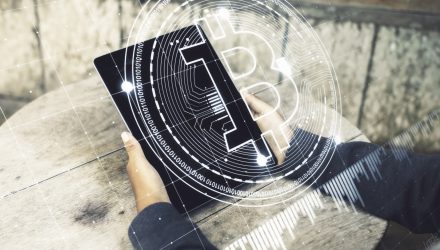 In its relatively short lifespan, bitcoin has been subject to dramatic rallies and jaw-dropping declines. Various factors have been at play during bitcoin’s big price moves, but some market observers have speculated that herd mentality has contributed to those significant price moves in both directions.

A new survey from DataTrek Research confirms that sentiment.

“According to a recent survey, more than half (52%) of the respondents said they believe crowd psychology is the main driver of the price of the No. 1 digital currency,” reports MarketWatch.

Recent speculation about a bitcoin exchange traded fund finally coming to life can be seen as an example of mob mentality driving prices higher. As momentum (and speculation) for bitcoin ETF approval has increased in recent weeks, so has bitcoin’s price.

Bitwise Asset Management, the investment firm that pioneered the first privately-offered cryptocurrency index fund, said it filed plans with the Securities and Exchange Commission to possibly launch the Bitwise HOLD 10 Index Cryptocurrency Fund. That is latest sign of growing momentum for bitcoin ETFs and widely seen as a positive for prices of the digital currencies

From the MarkeWatch article: “To our thinking, this was the single most surprising response of the whole survey,” wrote Nicholas Colas, co-founder of DataTrek Research. “Finance professionals make their livings by analyzing asset values through the lens of fundamental/quantifiable factors. That more than half of respondents believe valuation in the crypto space is “purely a function of crowd psychology” is refreshing in its honesty.”