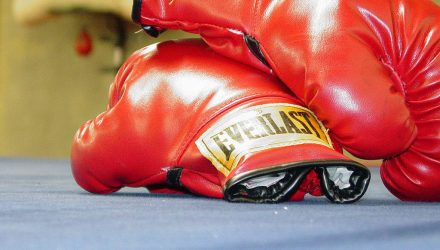 Nowadays, it seems like the miracle elixir to cure any ailing portfolio is to sprinkle in some technology FANG stocks–Facebook, Amazon, Netflix, Google–and all is well. However, ETFs like the VanEck Vectors Morningstar Wide Moat ETF (NYSEArca: MOAT) have managed to outperform the S&P 500 the past three months, punching well above its weighting in tech stocks.

Based on its top 10 holdings on Yahoo! Finance, the only FANG stock identified by the “wide moat” smart beta strategy is Amazon. Rather than rely heavily on tech giants, other top holdings in MOAT include Twenty-First Century Fox, Campbell Soup Co and Dominion Energy Inc.

The moat strategy itself “offers global exposure to Morningstar’s best ideas, which are really rooted in their equity research process of identifying quality companies – those companies with economic moats as Warren Buffett coined that term, but also identifying their attractiveness in terms of valuations, so making sure you’re not overpaying for those quality companies,” Brandon Rakszawski, Senior ETF Product Manager at VanEck told ETFTrends.com.

In the past three months, the gap between the S&P 500 and MOAT has been widening despite a slew of companies reporting strong second-quarter earnings reports. More importantly, it has been able to outperform the index despite the lack of exposure to stocks like Facebook and Google, which are key drivers in the performance of the S&P 500 thus far this year.