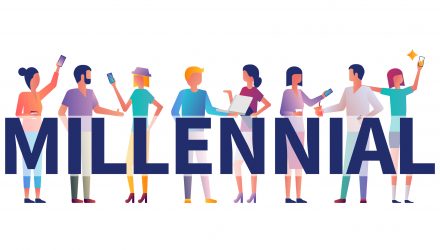 Millennials, Baby Boomers Are Most Likely to Use ETFs

ETFs have quickly gained popularity among the investment community as more baby boomers and millennials adopt the handy investment vehicle.

According to a survey of five million retail investors conducted by Vanguard Investments, the number of ETF investors has more than doubled since 2013, hitting 11% of Vanguard investor households as of 2018, The Inquirer reports.

Nevertheless, mutual funds remain the dominant vehicle, especially among Vanguard’s older investors, with 83% of Vanguard’s retail households still holding onto mutual funds as of the end of 2018.

Among the group of ETF users within Vanguard’s retail households, those with holdings in ETFs exceeding 75% tend to be focused in the younger and newer Vanguard customers with relatively smaller accounts, with an allocation mix heavily weighted toward equities.

Vanguard has found that a greater percentage of younger investors with smaller account balances have a stake in ETFs, and the percentage of ETF investors diminishes as one goes up the age group with higher account balances. In 2018, 17% of new investors at Vanguard purchased ETFs, compared to 6% in 2013. Furthermore, those in the older age brackets tend to have a more diversified mix with a lower tilt toward equities.

“ETFs are cheap and there’s no account minimum to buy,” Jean Young, who co-authored a recent Vanguard study, told The Inquirer.

Young, senior research associate at the Vanguard Center for Investor Research, also added that older investors whom have a median age of 58 and a median account balance of $344,000 are often seen as “diversifiers.”

“ETF diversifiers are older, affluent, and long-tenured Vanguard households,” Young said, noting that these retail investors are more likely to try an ETF as a way to diversify a long-standing portfolio.

ETFs account for 7% of these long-time client portfolios and are part of a more complex investment landscape – the typical ETF diversifier has three accounts with 12 distinct holdings.

“It was surprising initially, but a longtime investor with Vanguard may choose to fill certain parts of a portfolio with an ETF. They wouldn’t redo a whole portfolio of mutual funds, especially with embedded capital gains” on which they would ultimately owe taxes, Young said.

On the other end of the spectrum, Vanguard highlighted ETF “enthusiasts.”

ETFs made up 97% of “enthusiast” portfolio assets, which are almost all comprised of stocks.

Lastly, the oldest set of investors, those over the age of 60 and known as the “silent generation” ETF enthusiasts, have adopted the vehicle, allocating close to 90%, similar to millennials. The typical silent generation household allocates 63% to equities.