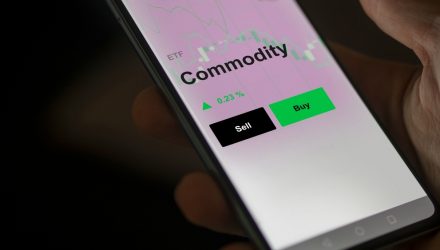 Why Investors Should Be Looking at an Active Commodity ETF Today

Investors should consider the benefits of a broad-based commodity ETF approach in the current market environment.

In the recent webcast, The Case for Broad-Based Commodities, Hakan Kaya, managing director at Neuberger Berman, warned of the shortcomings of traditional stock and bond portfolios, especially when it comes to periods of heightened inflationary pressures. Alternatively, he highlighted the strategic case for commodities as a diversifier that historically benefited portfolios in a wide spectrum of macroeconomic conditions.

“We believe both supply and demand factors are aligning in a way to create the beginning of the next upcycle,” Kaya said.

Specifically, the persistent underinvestment in the commodities space has created the potential for lingering supply issues. For example, productive capital is not flowing into the energy space, and Capital Expenditure or CapEx is deliberately avoided to promote cash flow safety. We have seen that U.S. public energy and production reinvestment rates as a percentage of cash flow averaged 125% from 2015 through 2019, but fell to about 38% so far this year.

The ongoing shift toward “greenification” demand could also stress current supply chains. Kaya warned that the current rate of production increase will likely lead to severe undersupply, especially as we witness increased electrification and the increased demand for metals in the ongoing shift away from fossil fuels to fight climate change.

Kaya believed that a change from a single hegemon world to a multi-polar world has supplied constraining inflationary outcomes where de-globalization could lead to hoarding and de-dollarization among various nation-states.

Kaya also contended that the idea of free trade is no longer compatible with the emergence of new inflationary ideologies that have begun dominating western political thought. For instance, many are asking: should we trade with regions where workers’ rights are weak and where governments enjoy the comparative advantage as a result? If we are to run aggressive climate policies, which certainly raise costs for domestic producers, should we allow imports from countries that do not have climate regulations, or should we allow countries to export products that use stolen intellectual property? Depending on the world views, commodity supply chains could be made more or less efficient.

Current trends remain bullish with calendar spreads revealing strong fundamentals. Despite flat price declines, commodity futures curves stay backwardated — the current price, or spot price, of the commodity is higher than prices trading in the futures market. Across the board, markets are still pricing for scarcity or a high positive basis.

The outlook for commodities remains positive as bull regimes have historically been mostly related to policy choices for social needs. In the current instance, the green revolution, supply shortages, and deglobalization are driving social factors.

Even after this year’s outperformance in the commodities category, the asset remains relatively cheap on a historical basis.

“Despite the COVID crisis steep rallies, relative to the S&P 500, commodities futures indices still look cheap to us and we believe may likely be due for a catch-up. In our view, commodities do not exhibit any valuation problem that may be present in other inflation instruments,” Kaya said.

Kaya also highlighted the benefits of an actively managed investment approach when it comes to commodities investments, arguing that passive products can be poorly constructed. Specifically, major commodities indices use production data and trading volume (liquidity) to determine constituent weights. Production weighting favors commodities that are produced, irrespective of their current inventory and consumption levels. For instance, the production-weighted Bloomberg Commodity Index has historically underperformed a simple equal-weighted model portfolio.

“Our active approach employs a risk-budgeted, scarcity-aware methodology to emphasize commodities that tend to be scarce,” Kaya said.

Looking ahead, Kaya believed that commodities could still have a role to play even if the economy faces a recession. Outside of the global financial crisis, commodities appreciated during 60/40 drawdowns, such as what we saw during the dot com bubble. Since 1970, four out of seven recessions accompanied rising commodity demand.

Financial advisors who are interested in learning more about the commodities market can watch the webcast here on demand.