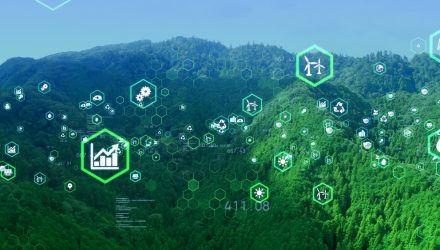 The World Is (Finally) Getting Serious About Infrastructure Investment

The COVID-19 pandemic and the war in Ukraine have revealed vulnerabilities in our supply chains and how dependent we are on unreliable fossil fuel supplies. Both have also been major contributors to record-high inflation. Added to that, a record-high heatwave across the northern hemisphere this summer brought home the effects of climate change and stretched the limits of major water systems.

The world appears to be finally getting serious about infrastructure investment, which includes not just investing in roads, bridges, and tunnels, but also in wind and solar energy, electrification, and carbon reduction. The two biggest pieces of legislation to be signed into law thus far by President Joseph R. Biden – the Bipartisan Infrastructure Law and the U.S. Inflation Reduction Act (USIRA) – have been pumping huge resources into infrastructure and environmental protection efforts.

The USIRA allocates almost $350 billion of spending to zero-carbon energy and emissions-reduction technology alone. Analysts estimate that it will cut annual U.S. emissions by a billion metric tons by 2030. By adding 950 million solar panels, 120,000 wind turbines, and 2,300 grid-scale battery plants to America’s energy mix, it also represents a major infrastructure investment opportunity: $1.2 trillion in renewables through 2035, according to energy consultancy Wood Mackenzie.

“And as big as these recent legislative initiatives are, we think things are just getting started,” wrote Michael McCarthy, managing director of Neuberger Berman’s private investment portfolios group and head of infrastructure. “We believe there’s a palpable change in the climate for infrastructure investment.”

McCarthy added that he’s seeing “similar developments elsewhere in the world,” from governments spending the €2 trillion sustainability stimulus packaged in the European Union’s long-term budget and NextGenerationEU recovery plan to Australia passing new climate legislation that targets a 43% reduction in greenhouse gas emissions by 2030. He also cited Mississippi’s water crisis and Europe’s drought raising awareness of the state of our infrastructure amidst a warming climate.

The Neuberger Berman Carbon Transition & Infrastructure ETF (NYSE Arca: NBCT) seeks to invest in companies that are focused on or are transitioning their business to focus on one or more of the following themes: low-carbon resources, electrification, and carbon reduction solutions. Fifty percent of global electricity is expected to be generated by renewables by 2050, representing an expected $50 trillion investment opportunity as the underlying infrastructure is revolutionized.

NBCT is one of three actively managed ETFs that Neuberger Berman launched in April. The ETFs are an extension of the firm’s thematic equity investment capabilities using traditional fundamental equity research along with alternative data capabilities and consideration of material environmental, social, and governance factors.

Joseph Amato, chief investment officer and president of Neuberger Berman, said in a news release that the new ETFs “deliver Neuberger Berman’s thematic equity expertise to a broad investor base.”

For more news, information, and strategy, visit the Megatrends Channel.