You are at:Home»Featured»Meet Some of the New 2022 Dividend Aristocrats 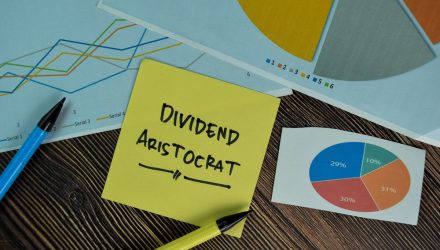 Meet Some of the New 2022 Dividend Aristocrats

While nearly 80% of S&P 500 Index constituents pay a dividend, just a select 13% have raised payments for 25 consecutive years (the minimum requirement for entry). These long-time dividend growers, known as S&P 500 Dividend Aristocrats, consist of many high-quality, attractive companies, such as Chevron (CVX), Procter & Gamble (PG), and Johnson & Johnson (JNJ). At the beginning of February, the dividend royalty will welcome two new members and say goodbye to one of its fallen members. CFRA Hold recommended insurance broker Brown & Brown (BRO), which has raised its dividend 28 straight years but was added to the ‘500’ in September 2021, and CFRA Sell recommended household products company Church & Dwight (CHD), which reached the 25-year hiking milestone, will be joining the dividend index. Meanwhile, CFRA Sell recommended integrated telecom services company AT&T (T) is being removed for failing to increase its dividend in 2021 after doing so for decades. The S&P 500 Dividend Aristocrats Index is tracked by $10 billion ETF NOBL.

Dividend increases also regularly occur outside of U.S. large caps. According to S&P Dow Jones Indices, 2,910 U.S. companies raised their dividend in 2021, a 53% increase over the number that did so in the prior year. Some S&P MidCap 400 and S&P SmallCap 600 constituents have raised dividends for more than 20 years, positioning them to be added to the S&P High Yield Dividend Aristocrats Index in the beginning of February. This index requires 20 consecutive years of dividend increases and currently holds 114 small-, mid-, or large-cap companies, but will have eight new additions and three deletions. CFRA Hold recommended Royal Gold (RGLD), non-rated Nu Skin Enterprises (NUS), and non-rated UMB Financial (UMBF), are among the current S&P MidCap 400 constituents set to be added. These will join CFRA Sell recommended Southern Company (SO) and Nike (NKE), current S&P 500 members, which have now grown dividends for 20 years. In addition to AT&T, non-rated Kyndryl Holdings (KD) and non-rated Orion Office REIT (ONL) are being dropped from the S&P High Yield Dividend Aristocrats Index, which is tracked by $20 billion ETF SDY.

Not all dividend growth ETFs are constructed the same. Based on our analysis of ETF holdings, large-cap focused NOBL and multi-cap SDY provide distinct sector exposure. For example, prior to the reconstitution, NOBL had more exposure to the Consumer Staples (21% of assets vs. 17%), Industrials (20% vs. 15%), and Health Care (11% vs. 7%) sectors, but less exposure to the Financials (15% vs. 10%) and Utilities (5% vs. 13%) sectors. However, due to the need for at least 20 years of dividend increases, neither ETF has much exposure to Information Technology with the sector representing approximately 3% of assets for both. Companies like Broadcom (AVGO) and Microsoft (MSFT), which are top-10 recent positions for Vanguard Dividend Appreciation ETF (VIG), do not yet qualify for NOBL and SDY due to their relatively short record of dividend growth. VIG had 14% of assets at the end of 2021, making it the fourth largest sector, behind Industrials (21%), Consumer Discretionary (16%), and Financials (15%). In contrast, VIG had only 10% and 4% in Consumer Staples and Utilities, respectively.

With the Federal Reserve poised to raise interest rates multiple times in 2022 due in part to the strong U.S. economy, investors will likely be looking to companies with long record of dividend growth and related ETFs to generate income as well benefit from potentially higher stock prices. However, we believe it is important to look inside an ETF to understand its risk and reward potential and not assume they are all the same.