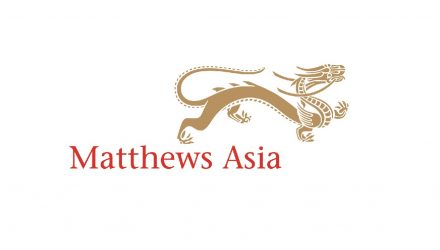 In a follow-up to VettaFi’s previous Q&A with Matthews Asia’s John Paul Lech, Michael Oh, and Andrew Mattock, the lead portfolio managers of MEM, MINV, and MCH discuss how the firm’s unique approach to emerging markets investing can enhance portfolios, and how advisors can tactically move into these active ETFs.

VettaFi writer Elle Caruso: The firm’s definition of emerging markets is more inclusive. Can you discuss the opportunities you can capture with a more inclusive strategy? 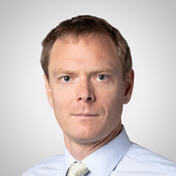 Lech: If you consider a country like Vietnam, this is a population of nearly 100 million people, it’s a country that is growing quite robustly, with healthy GDP growth, it has some mid-cap companies that are exceptional in terms of their go-forward prospects, but these are excluded from the MSCI Emerging Markets. So, if you buy a passive ETF that tracks MSCI Emerging Markets, it will not consider forward-looking opportunities like Vietnam.

Now, there are more complexities to trading in a market like that. There are certain reasons why these things aren’t fully included, but I think if you are equipped to look at those things and understand them and analyze them, then it’s a great way to identify early opportunities.

The other reason I would call a continuum of competition. If you think about a grocery store, the earnings and prospects of a grocery store are pretty much entirely defined by the neighborhood or country where it’s located. But if you think about a semiconductor chip company, or a biopharma company, or an oil and gas company, these are global industries. One of the challenges with how the passive indices are constructed is they don’t really differentiate or acknowledge that different competitive topography groups for different types of businesses.

One of the things that we’ll have is exposure to emerging markets that comes via companies that are listed in, say, Australia or Canada. For instance, we have an energy company in Australia in which last year 90% plus of its exports were going to Asia. That’s an excellent way to really access and think about growth in Asia, even though it’s listed in Australia. So, for us, inclusiveness is really both things: It’s the frontier, as well as an ability to access those opportunities that are deeply tied back to our geographies.

Caruso: How should advisors be looking to integrate these ETFs into portfolios? We recently talked to Cooper about tax loss harvesting and how that’s a great opportunity to get into an active ETF. What should advisors be thinking about as they’re making these decisions?

Lech: I think all three of these strategies are really well-positioned for somebody who has tax losses in similar type of products right now. I mean, you’ve seen a fairly pronounced downdraft in global markets that’s rather indiscriminate, frankly. If the philosophy and process is attractive, and I think there’s a lot to be said for each of these products, then that is one of the advantages of these vehicles – you can sell out of what you’ve had and perhaps upgrade to something better, realizing a tax loss. 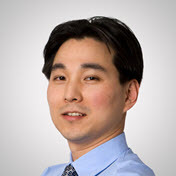 Oh: Specifically for MINV, we thought it would be a great time for investors in ARKK if they want to do some tax-loss harvesting. I think it makes a lot of sense for them to have some new Asian exposure. I think the overlap between the two is close to zero. I think there might be 1-2% exposure, but it’s extremely low. But any investors invested in Asia ex-Japan ETFs are also a good audience.

Lech: I think sometimes we use the language: core allocation, replacement allocation, or complementary allocation. U.S. asset owners tend to divide their portfolios between debt and equities. Often, that’s subdivided between U.S. and international, and typically emerging markets is a subset of international.

There are certain investors who want to take a more concentrated view of China, in which case, MCH is a great product because it’s more forward-thinking in terms of how it looks about very complex and large geography. There are certain people who want to know more about a thematic and concentrated approach around something like innovation [in which case, MINV would be a good fit.]And there’s other people who are just saying, ‘Look, I’m not happy with the overall index shortcomings as they relate to broad emerging markets, and I see a lot of opportunities not only in Asia but in places like Brazil, [in which case, MEM would work well.]

Mattock: When advisors look at the China ETF [MCH] and, to a large degree [MINV] as well, the indices are backward-looking at this point. If you pick out five areas in China that are not represented like they should be: automation, renewable energy, hardware, software, and EV cars and the whole supply chain associated with EV cars and batteries and battery materials, this part of the market is very underrepresented because it all sort of exists in Shanghai and Shenzhen, which are largely not included in the indices. So, when it comes to China, some of the higher-growth, more exciting areas we’re looking to access for advisors are away from the traditional sources of Chinese exposure.

Oh: I think there’s a misperception that Asian companies tend to be copycats. I think that might have been true maybe 10–15 years ago, but if you look at some of the new economy’s most exciting growth areas today, as Andrew mentioned, automation, green energy, electric cars – everything about EV. The U.S. is somewhat backward-looking. If you look at new car purchases today, the biggest market by far is China, especially for new [EVs] that are being sold. The proportion of EVs is much higher in China than in the U.S.

Artificial intelligence as well – we all know about companies like TikTok. Today, I think many of these areas are being led by Asian companies. So, if you like strategies like ARKK, or technology, or any other innovation-related ETFs in the U.S., I think MINV is a good option to consider. 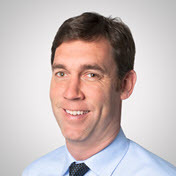 Mattock: I think the other thing to note is that all of us go to where the opportunities set is, and the fragmentation of the market, at the moment, is that there are MSCI China funds, there’s A-shares funds when it comes to China. I think we’re in a better position than many advisors to make that allocation decision based on where the opportunity is and the price of that stock at that certain time of the market. Sometimes it may be renewable energy stocks in the Asia market, it may be the platform companies in China have been really beaten up, and it’s a good time to buy them in Hong Kong right now. There’s a dynamic choice that we’re all making across markets that’s very agnostic of where it’s listed.

Lech: I think for me, great investments and ideas can come from either new companies or old companies. It’s really about what is it about this company that’s likely to be materially mispriced in an actively traded market of really smart people.

We’re kind of invested across the broad continuum. I just wrote a piece on EVs: For instance, an EV will use about 40 kilograms, or roughly 90 pounds, of nickel, which is not really used in a traditional car. So we are invested upstream in several of these things as well.

I think another thing that’s great is that Michael, Andrew, and I have a very collaborative relationship, and so investing in any of these strategies, you’re really benefiting from the collective resources of all of them. Even though they all represent slightly different flavors and might be more or less attractive to different individual investors or advisors, I think that a collaborative environment is really something that benefits investors.