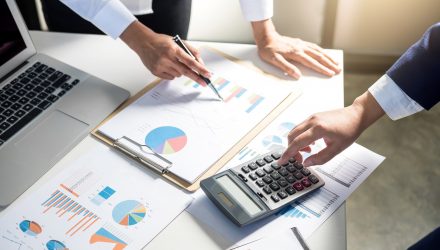 “But at the same time, policy uncertainty and trade tariffs have placed the market on edge, causing the longer end of the yield curve to fall by almost as much as the short end has risen. This negatively impacts banks’ net interest margins, or the difference between the shorter- and longer-dated rates,” according to CNBC.

Still, trade war fears are weighing on the sector in the near-term. A full-blown trade war “could knock off as much as 0.3 percent to 0.4 percent off of gross domestic product growth in the U.S. by 2020, according to Oxford Economics estimates, so we agree with the caution here,” reports CNBC.