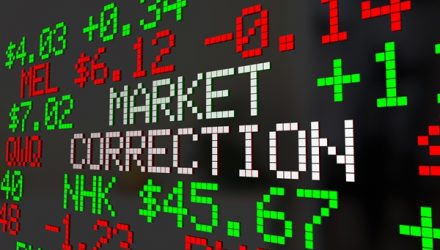 The U.S. equity market experienced a 10% drawdown in February, breaking into an official correction. If history has anything to say about it, the stock market and related exchange traded funds may enjoy a period of strong recovery in the following months.

Since 1960, there have been 10 corrections in the U.S. stock market as steep and fast as the pullback experienced in February, which saw a 10% plunge in 9 sessions. However, stocks have historically performed well after such a correction, with positive 12-month returns following 8 of the 10 corrections on an average gain of 17%, Fidelity Sector Strategist Denise Chisholm said in a research note.

Rising interest rates is also a concern that many investors are trying to wrap their heads around, but it may be a bullish signal. Since 1955, the market has had a better odds of an advance when rates were rising.