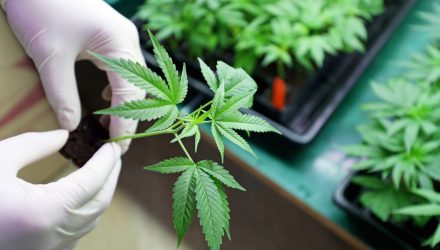 Marijuana ETFs Get Smoked After Major Shakeup in Aurora Cannabis

Marijuana ETFs lagged the broader market Friday after Aurora Cannabis (NYSE: ACB) plunged on a spate of bad news from an exiting co-founder and chief executive, among others.

It was not a good day for Aurora Cannabis. ACB shares plummeted 15.3% after the company announced the co-founder and CEO will exit from the company, along with major job cuts, new impairment charges and guidance of more losses ahead, MarketWatch reports.

The series of unfortunate events triggered a round of price-target downgrades as analysts called for a sell rating on ACB shares. Stifel analysts led by Andrew Carter argued that Aurora is now in a far more precarious position than previously thought.

“We struggle to find value for current equity holders, and we are reducing our target price to C$1, continuing with our sell rating,” Stifel analysts said in a note.

MKM analyst Bill Kirk is also held a similar sell rating on the stock while leaving his price target at a slightly higher C$2, or $1.50, adding that Chief Executive Terry Booth’s resignation only represented the latest management change in the past 45 days. In December, the company previously announced the departure of Chief Commercial Officer Cam Battley, whom was widely viewed as the face of the company and a potential successor to Booth.

“We believe this optimism, particularly around growth and profitability created an organization with a bloated cost structure and a capital structure with burdensome convertibles and a heavily diluted equity base,” Kirk said in a note. “Unlike Canopy (CEO termination July 2019), who could draw on Constellation Brands Inc. talent for staffing needs, Aurora will have a hard time attracting the talent necessary to instill investor confidence.”

For more information on the marijuana industry, visit our cannabis category.