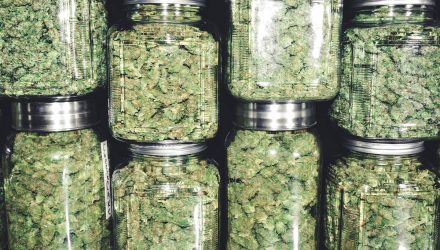 With The Marijuana ETF, Politics Matter

The ETFMG Alternative Harvest ETF (NYSEArca: MJ) is higher by nearly 49% year-to-date, making the only cannabis ETF listed in the U.S. one of this year’s best-performing non-leveraged ETFs.

In the U.S., MJ is getting a lift from speculation that more states will legalize marijuana for either recreational or medicinal use and that Congress and the White House could soften their stances on the drug being illegal at the federal level. California, Colorado, Nevada and Washington are among the states with thriving legal cannabis industries.

“Ten states and Washington, D.C., have legalized recreational marijuana, and leaders in New York and New Jersey have signaled their intentions to legalize. Local governments cite the racial disparities in criminal sentences for drug offenders, which tend to disproportionately affect blacks and Hispanics, as well as increased tax revenues as reasons for legalization,” according to CNBC.