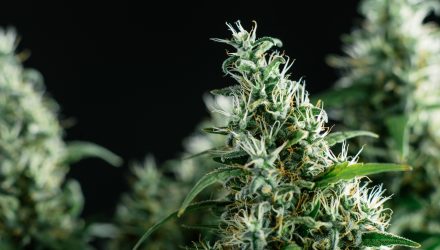 Marijuana ETF Looks to Light it up in 2018

The marijuana investing theme has finally made its way to a US-listed exchange traded fund. As of December 26, the ETF Managers Group revamped the Tierra XP Latin America Real Estate ETF (NYSEArca: LARE) and turned it into the ETFMG Alternative Harvest ETF (NYSEArca: MJX), which comes with a 0.75% expense ratio.

The Alternative Harvest ETF will try to reflect the performance of the Prime Alternative Harvest Index, which is comprised of global companies engaged in the legal cultivation of cannabis, or the legal production, marketing or distribution of cannabis products for medical or non-medical purposes; engaged in the lawful creation, marketing or distribution of prescription drugs that utilize cannabinoids as an active ingredient; trade tobacco or produce tobacco products, such as cigarettes, cigars or electronic cigarettes; produce cigarette and cigar components, such as cigarette paper and filters; and engaged in the creation, production and distribution of fertilizers, plant foods, pesticides or growing equipment to be used in the cultivation of cannabis or tobacco.

“Marijuana stocks have been a market theme for a while, but they haven’t gained much mainstream attention because there simply aren’t many good vehicles for traders and investors,” reports TheStreet.com. “There have been many pundits predicting that cannabis stocks will be very big in 2018 especially as more states, like California, legalize casual use, but how do we play this theme?”

MJX was previously trading as a Latin American real estate ETF but since changing to the cannabis focus this past week, volume has jumped sharply,” according to TheStreet.com. “MJX is still much under the radar but I expect it to jump quickly in popularity in 2018 as market players look for a convenient way to play the marijuana niche.”